Aljamain Sterling believes Francis Ngannou made a mistake by parting ways with the UFC: “How much money is he gonna really generate from these other promotions?”

Aljamain Sterling, the current bantamweight champion, believes Francis Ngannou made a mistake by parting ways with the UFC.

The news that the UFC released the heavyweight champion Francis Ngannou (17-3 MMA) made headlines in the MMA. ‘The Predator’ had not fought since defeating Ciryl Gane by unanimous decision in January of 2022 at UFC 270. The 36 year old is now officially a free agent.

It will now be Jon Jones (26-1 MMA) vs Ciryl Gane (11-1 MMA) competing for the vacant heavyweight belt at UFC 285 which takes place on Saturday, March 4th at the T-Mobile Arena in Las Vegas, Nevada.

“I’m actually saddened by that. I’m gonna say both sides of the party messed up. I think Francis needs the UFC in regards to continuing his rise into the mainstream. People know who he is, but I think for him to get to that next level, he beats a guy like Jon Jones, that’s undeniable. He goes out, he’s a free agent…how much money is he gonna really generate from these other promotions? I don’t know…can he get the Tyson Fury fight? Then good for him, because that’s going to do huge numbers maybe.” 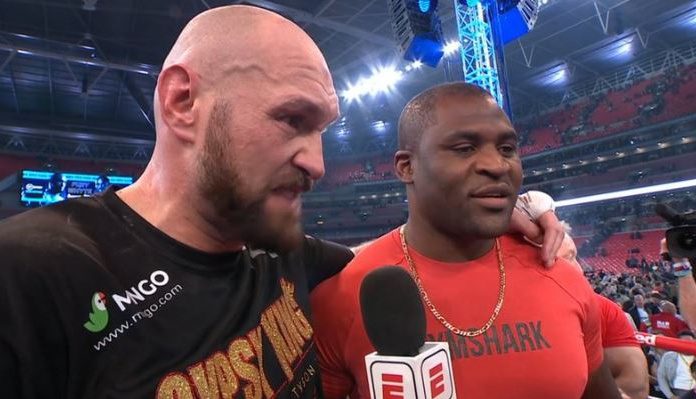 It is true that Ngannou has voiced his criticism of the promotions business model for quite a while and the UFC and Ngannou couldn’t agree on a contract. Although offered the most lucrative deal in UFC heavyweight history, according to UFC President Dana White, Ngannou turned it down. It wasn’t all about the money, Ngannou also wanted freedom to compete in boxing and other ventures.

As for what Francis Ngannou will do next – the possibilities are endless, but bottom line, will he have the same prestige, star power, and renumeration from other promotions like the PFL or Bellator? Or perhaps he will get that Tyson Fury fight now like Sterling alluded to.

Do you agree with Aljamain Sterling that Ngannou might have made a mistake in not re-signing with the UFC?