Alexander Volkanovski reacts to Zabit Magomedsharipov’s possible return: “I thought that was gonna be a big fight”

‘The Great’ has been out of action since a decision victory over Max Holloway in July. With that, Volkanovski had moved to 3-0 in his series with ‘Blessed’. Citing a lack of contenders at 145 pounds, the Australian announced his plans to compete at lightweight next.

The featherweight champion will get his wish in February at UFC 284, as he’s slated to face Islam Makhachev. Luckily for Volkanovski, he will have a contender waiting for him when he’s done with his business at 155 pounds. The co-main of UFC 284 will feature Josh Emmett vs. Yair Rodriguez in an interim title bout.

It now appears that another contender could possibly be entering the fray. Zabit Magomedsharipov has been out of action since a 2019 win over Calvin Kattar and retired last year. However, the Russian seemed to hint at a possible return to the octagon earlier this week.

If that return ends up coming to fruition, it seems that Alexander Volkanovski would be on board. During an appearance on the Believe You Me podcast, the featherweight champion seemed to be down for a possible future clash with Magomedsharipov. 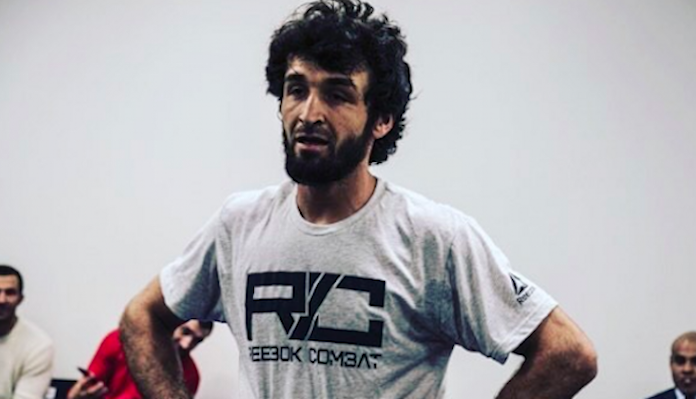 “I was looking forward to that eventually happening,” Volkanovski said of Magomedsharipov’s possible comeback. “The thing is, I want fights and I want big fights. I feel like he was gonna be a big fight. There was a lot of hype around him. But again, I want people to earn that spot as well… It’s so much different when you’ve got a guy that’s killing a lot of hype and he’s number-one contender, to then, ‘He hasn’t even fought a top-five guy,’ and then just giving him a title shot. I’ve always wanted there to be a guy.” (h/t MMA News)

“I thought he was gonna be there,” Volkanovski continued. “I feel he was one fight away from fighting for the title, and I thought that was gonna be a big fight. So I was disappointed when I heard that he went away. But I did see something that he might come back. But after Feb. 12, after I do what I do, he might go and retire again, so we’ll see what happens.”

What do you make of these comments? Do you want to see the two featherweights fight? Sound off in the comment section below PENN Nation!

This article appeared first on BJPENN.COM
Previous articleUFC featherweight Lando Vannata reveals details of stopping home invasion: “Stay strapped”
Next articleDillon Danis gives his side of street-fight with Anthony Taylor: “I didn’t even feel it”
© Newspaper WordPress Theme by TagDiv