Gina Carano reacts to Ronda Rousey’s comments about a potential fight: “It could happen”

‘Rowdy’ has been out of action since her December 2016 knockout loss to Amanda Nunes. The star has instead pivoted from MMA to pro-wrestling and acting and had a lot of success. With that being said, she’s open to returning to the sport for one fight.

Last month, Ronda Rousey spoke about a possible fight with Gina Carano. The former Strikeforce title challenger hasn’t fought since a 2010 loss to Cris Cyborg. Despite that, Rousey seems interested in the fight. 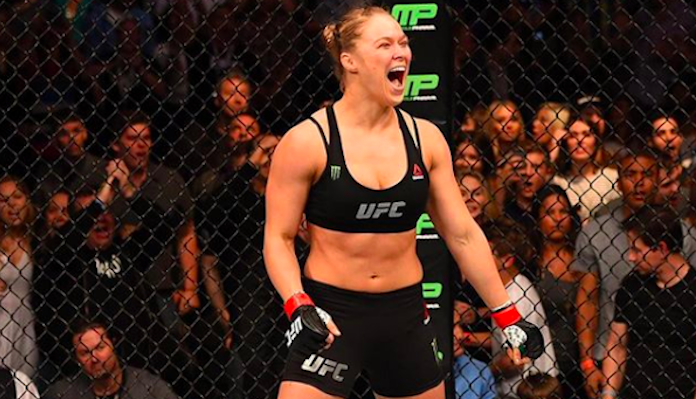 Now, Gina Carano has responded to Ronda Rousey’s comments about a possible fight. The fighter-turned-actress appeared on Unfiltered with Dan Bongino and discussed a return to MMA. Surprisingly, despite not fighting since 2010, she seemed open to a fight. Carano stated:

“You know what? Just never put it past me. It could happen,” Carano said. “It would be six months from now because I have a lot of stuff I need to do …. I really want to create, I want to direct, I want to produce… I want to give Ronda Rousey a job in one of my movies so maybe there is something we can do there.” (h/t MMANews)

In any event that Ronda Rousey fights Gina Carano, there’s no doubt that it would be a massive fight.

What do you think about Gina Carano’s comments? Do you think she would defeat Ronda Rousey? Sound off in the comments below!