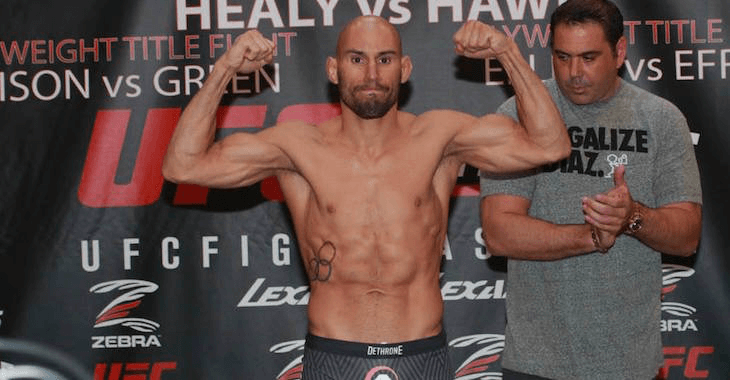 Bellator veteran and current Titan FC Lightweight Champion Rick Hawn has decided to hang up his gloves for good and retire from the sport of mixed martial arts. The thirty-nine year old retires with gold slung over his shoulder having just won the title in September.

“After giving a lot of thought, I probably just had the best fight of my career a few weeks ago winning the lightweight title for Titan. It’s been a long road. You’ve been around and seen me years ago in Bellator. I’m 39 years old,” Hawn told MMA Hour. “It’s time to hang it up.

Before wrapping up his career with Titan FC, Hawn took Bellator by storm winning welterweight and lightweight tournaments. While he was never able to capture Bellator gold, he remained a fan favorite before moving on to Titan FC where he defeated UFC veteran Pat Healy for the vacant Titan FC lightweight championship.

It turns out win or lose, Hawn knew his fight with Healy would be his last.