UFC Middleweight Champion Chris Weidman did the unthinkable in July 2013 when he shocked the world by knocking out Anderson Silva at UFC 162. Naysayers viewed the victory as a fluke and believed that if they fought again, Silva would win. Not only did Weidman defeat Silva again, but he would go on to defeat the elite fighters Lyoto Machida and Vitor Belfort as well.

During his post-fight speech with Joe Rogan, Weidman invited the fans to “Join the team”. Now, fans can officially do that as Weidman inked an exclusive sponsorship with Reebok. Of course, you can buy a “Join the Team” t-shirt as well as “All American” shoes. 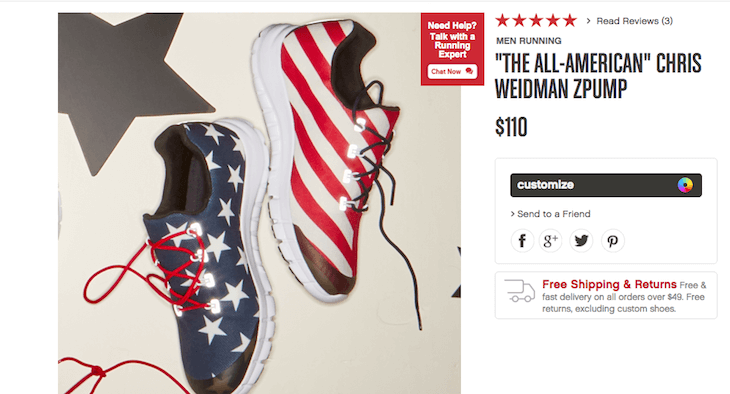 Weidman and With Senior Business Unit Director for Reebok Combat Training Michael Lunardelli broke the news on MMA Hour on Monday afternoon. Lunardelli explained why it took so long for Weidman to be brought on board “Team Reebok”:

“We literally wrote down our top roster of who we wanted. The first day we came into this thing, he was at the top of the list. We had Ronda, Conor, and Anthony and he was on the list, but he had another deal and we had to wait for that deal to end,” Lunardelli said. “This is, we go out and sign a few fighters that activate around the Reebok brand, our combat training business. And we picked a roster of fighters that we work with and Chris is one of those people on that roster. We made a custom shoe for Chris, and we can do the same for any of our fighters. We’ve done this already for a couple and there will be more coming.”

Are you a member of “Team Weidman”? Show your support or simply check out his Reebok merch HERE.