Demian Maia has reacted after learning that Paul Craig named his daughter after him.

The ‘Bearjew’ continued his ascent up the light-heavyweight rankings at UFC London. Dealing with some early adversity against Nikita Krylov, Craig survived and submitted him near the end of the first round. The victory earned him a ‘Performance of the Night’ bonus for his efforts, and also continued his unbeaten streak to six.

The victory earned praise for Craig, who also confirmed that he was forgoing the early retirement he had planned. While discussing the victory at the UFC London post-fight presser, and also revealed his respect for another jiu-jitsu ace in Demian Maia. The Brazilian fought for the UFC from 2007 to 2021 and earned two title shots in the process.

The UFC light heavyweight discussed his love for the Brazilian legend when asked who he thinks has the best jiu-jitsu. He also revealed that he named his daughter after Maia, whilst discussing the time he met the former title challenger. 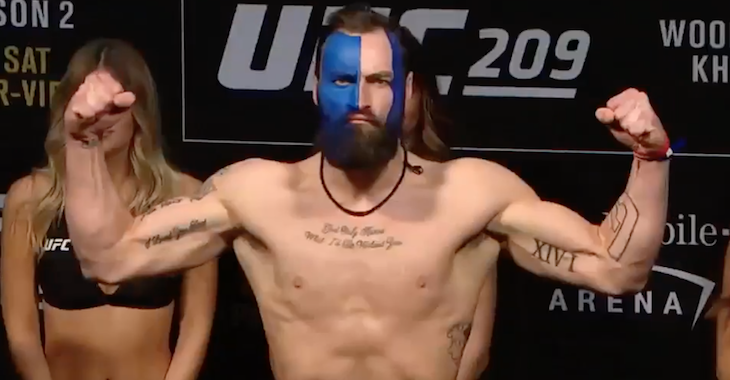 “There’s a lot of guys that I look up, but I’d say Demian Maia. That’s what my daughter is named after, Demian Maia. And, her name is Maia, obviously, believe it or not [laughs]. I got to meet him, I got to see firsthand how good his jiu-jitsu is. So for me, he was the guy.”

Demian Maia has now taken to Twitter to respond to Paul Craig. The Brazilian had a simple response, putting the prayer emoji to show his respect to the UFC light-heavyweight.

Maia has generally been known for his calm demeanor and respect toward his fellow fighters. His response to Paul Craig shows exactly why he earned that reputation among fans during his UFC stint.

What did you make of Paul Craig’s submission victory at UFC London last weekend? Do you think he has the best jiu-jitsu in the UFC?