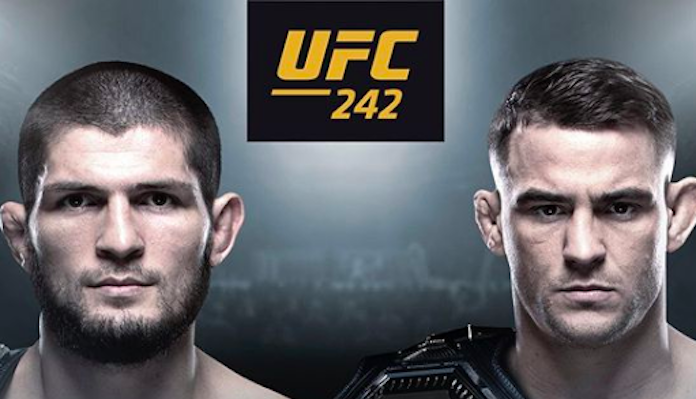 The Octagon returns to Abu Dhabi today for UFC 242, a thirteen-bout fight card headlined by Khabib Nurmagomedov vs. Dustin Poirier.

The undefeated Russian, Nurmagomedov (27-0 MMA), was last seen in action at UFC 229 in October 2018, where he defeated Conor McGregor by way of fourth round submission to retain his lightweight championship.

Meanwhile, Dustin Poirier was most recently seen in action at UFC 236, where he defeated Max Holloway by way of unanimous decision to claim the promotions interim lightweight title.

The co-main event of UFC 242 will feature a lightweight bout between Edson Barboza and Paul Felder.

The bout will serve as a rematch, as Felder and Barboza originally met in July of 2015, with the Brazilian emerging victorious by way of unanimous decision in a ‘fight of the night’ bout.

Nordine Taleb vs. Muslim Salikhov – Salikhov def. Taleb by KO (punch) at 4:26 of Round One

Everybody was Kung Fu fighting! 👊

Who are you picking to win tonight’s UFC 242 main event between Dustin Poirier and Khabib Nurmagomedov? Sound off in the comments section PENN Nation!