Invicta’s Kay Hansen states OnlyFans has helped her focus on fighting: “I don’t have to get another job working a 9-to-5”

The 23-year-old has been out of action since her bout with Piera Rodríguez at UFC 273 in April. There, Hansen came up short by decision, bringing her to a three-fight skid. She previously lost to Jasmine Jasudavicius and Cory McKenna, respectively, sending her to 1-3 in the promotion.

The loss at UFC 273 was also the last of the strawweight’s deal and became a free agent as a result. Later that month, Hansen signed with Invicta FC. She previously fought in the promotion from 2017 to 2020, going 5-3 in the all-women MMA organization.

As of now, Kay Hansen has yet to re-enter the Invicta FC cage, as she’s been dealing with an injury. In an interview with MMAJunkie, she noted that her plans are to return in early 2023. The good news is that she doesn’t need to rush back into action, as she’s had extra revenue from an OnlyFans account.

Several fighters, such as Paige VanZant, have taken to the subscription service to make content for fans. While Hansen has previously had to hit back at critics over her account, she noted in the interview with MMAJunkie how useful it has been for her career. 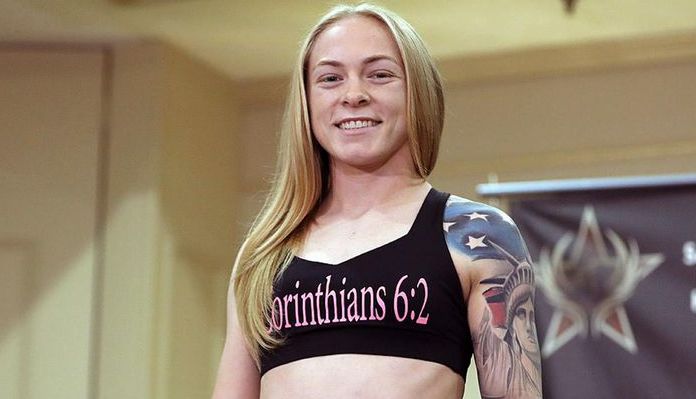 “I feel like a lot of people knock it, and I understand everyone has their opinion, but at the end of the day, it allows me to make the training schedule I want,” Hansen said. “I don’t have to get another job working a 9-to-5, you know what I mean? So it allows me to structure my camps and focus on what really matters, and that’s fighting.” (h/t MMA Mania)

She continued, “Right now I have a fractured hand, so I’m waiting on that to heal. And once that heals, I’m looking to fight as soon as possible in the beginning of 2023. But I have to make sure my hand is healed before I do that.”

What do you make of these comments? Are you looking forward to Kay Hansen’s return? Sound off in the comment section below PENN Nation!
This article appeared first on BJPENN.COM
Previous articleJared Cannonier offers to rematch Robert Whittaker at UFC 284 in Australia: “I’d love to go there and fight him again”
Next articleConor McGregor reflects on post-fight brawl with Khabib Nurmagomedov at UFC 229: “Self defense is about awareness”
© Newspaper WordPress Theme by TagDiv