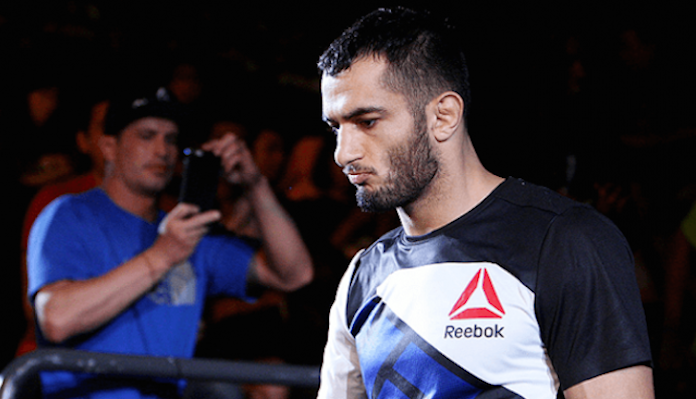 If Mousasi can get passed Carvalho at Bellator 200, he’s hoping it’ll open the door to more big opportunities in the Bellator cage – namely, a showdown with Bellator welterweight champ Rory MacDonald.

Speaking on Monday’s edition of The MMA Hour, Mousasi broke down a potential matchup with MacDonald. After watching MacDonald’s title-winning five-rounder with Douglas Lima, Mousasi feels he can easily defeat the Canadian star.

“He didn’t have a great performance [against Lima], but I’m not going to go on Twitter and say stupid shit,” Mousasi said.

“After this fight, hopefully we can get it done and he can come and show his skills,” he continued. “But he will come up short. His style is perfect for me, he moves forward — he’ll get his ass kicked, probably.”

Of course, MacDonald isn’t the only option Mousasi sees down the road, should he defeat Carvalho. He’s also interested in return to his former haunts at light heavyweight, where battles with champ Ryan Bader, Phil Davis, Muhammed “King Mo” Lawal and Chael Sonnen could await.

“If I beat Carvalho, doors will open,” Mousasi said. “I might go up to light heavyweight and maybe I can accomplish a title there. If I do well in the title fight and I win, I can achieve bigger things.”

Do you think Gegard Mousasi will capture gold at Bellator 200?