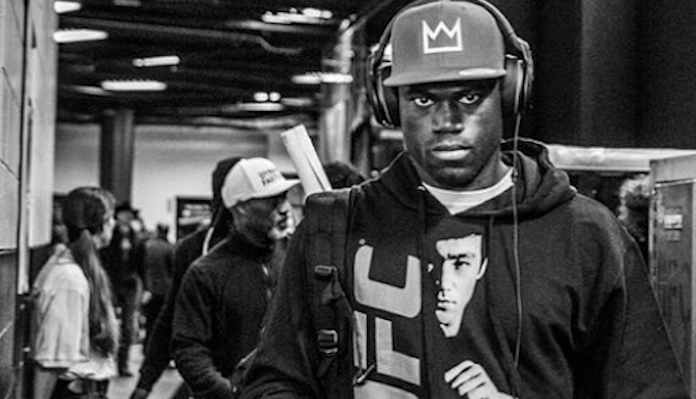 Earlier this year, middleweight striker Uriah Hall was expected to take on MMA legend Vitor Belfort in what was supposed to be Belfort’s retirement fight. Regrettably, Hall was hospitalized as the result of a disastrous weight cut, and forced out of the fight.

While we’ve known for some time how grim things got for Hall as the result of this weight cut, his coach Eric Nicksick recently provided some additional information, and it all sounds terrifying.

“We had 1-pound to go with an hour left and we had no problems,” Nicksick recounted in an interview with MMANytt. “He cut the weight and I said ‘don’t even worry about stepping on the scale, we’re going to walk down and we’re going to be on weight.’ So we got him out of the tub, dried him off, gave him a minute and we had plenty of time to go. We got suited up and we were literally walking down the hallway, the elevator doors opened and he collapsed.”

“It was an awful situation to see,” Nicksick added. “He’s one of my best friends and we were kinda  sitting there thinking like, what if this is it? What happens if this guy doesn’t make it?

“He didn’t really have a pulse. When you felt for a pulse it was kind of thready. It was an awful situation and he wasn’t really responsive to anyone. The paramedics came and they dropped IVs in him. It was a traumatic experience to see.”

Hall is now scheduled to fight Paulo Costa on April 14, which means another cut to middleweight. While Nicksick admits he’s surprised Hall is fighting again so soon, he’s optimistic that the cut will go down without a hitch this time.

“It looks like to me with all the medicals that came back that he’s going to be fine. I’ve literally never seen anything like that. I don’t know what happened. Hopefully it’s fixed so it won’t rear it’s head again, but I’m surprised we’re fighting again so soon. I’m glad we’re fighting though. It’s one of those things where it’s like let’s just get back on the horse and go.”

Do you think Uriah Hall should abandon the cut to middleweight and head north to light heavyweight?