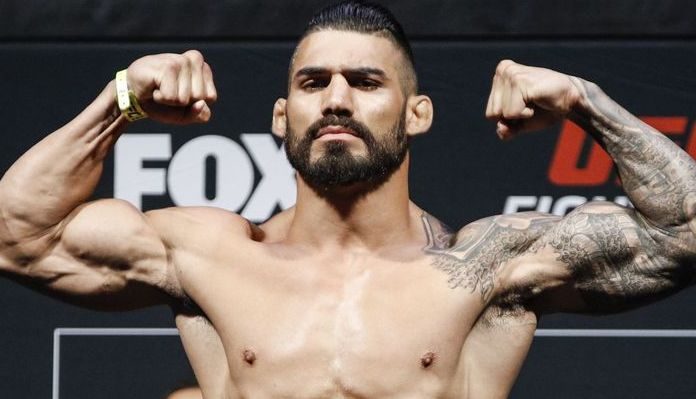 Lyman Good knows his UFC 244 fight is crucial after his last loss.

Good had a chance to become a ranked welterweight in his last fight when he took on Demian Maia who was coming off three straight losses. Yet, the fight did not go as planned as he was submitted in the first round and never looked normal in the fight. Well, it turns out he had a major injury and that is why he will return to the Octagon nine months later.

“A week prior to the fight I was injured. The week before I tore my bicep tendon,” Good revealed to BJPENN.com. “That is why I was tentative out of the gate. The plan was to come forward and be more aggressive. Usually, I am a person to throw but mentally it was tough because of the injury. After the fight, I healed up and got back to 100 percent.”

Now, when he returns to the Octagon he will do so once again at Madison Square Garden when he takes on Chance Rencountre. For the former Bellator welterweight champion, it is amazing to fight in MSG in front of his family and friends once again.

“I am blessed with the opportunity to fight so close to home again. But, I don’t put much stock or weight on it. I am very grateful for the opportunity,” he said. “But, at the end of the day, my true home is in that cage.”

Against Rencountre, Lyman Good knows the stakes are high. Although neither of them are ranked, two straight losses at welterweight will set him back. So, he knows he must go out there and fight his gameplan and get his hand raised at the end of the night.

Given he just fought a ranked opponent, the hope for Lyman Good is he can get another one after this. But, in order to do so, he says he must have a great performance and finish the fight.

“I’d love for that to be the case. But, at the end of the day, it comes down to the performance, not the opponent,” Good explained. “If you go out there and make a statement maybe I’ll fight top-15. That is my goal is to fight the top-10 guys again.”

In the end, Lyman Good is confident he will be able to keep this fight on the feet against the wrestler in Rencountre and use his striking to win the fight. But, he makes it clear he is not looking past his opponent and thinking about what’s next for him after UFC 244.

Who do you think will win the fight between Lyman Good and Chance Rencountre at UFC 244?