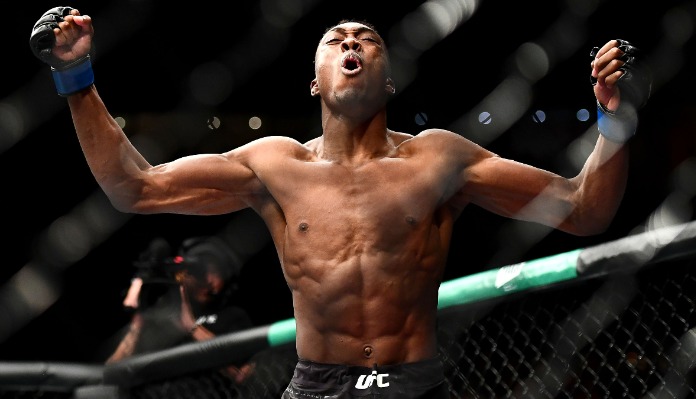 Jalin Turner wanted Brad Riddell next and was excited when he found out that was the fight.

After Turner scored a second-round TKO of Jamie Mullarkey at UFC 272 in March, he wanted a ranked opponent next and thought Riddell made sense. Sure enough, the UFC booked the fight as the two will meet on Saturday at UFC 276.

“Yeah, I was pretty confident I would (get a ranked opponent next) but even if I didn’t I wasn’t really worried about it,” Turner said on Just Scrap Radio on BJPENN.com. “I just wanted to get another fight in, but Brad was on the radar so I’m happy I got this fight.”

Why Turner had his eyes on Riddell is because he thought it would be a fun fight. He knows both of them like to stand and trade, but he thinks once he starts landing he will turn Riddell into a wrestler.

“I like those fights, stand and trade, stand and bang, that’s fun. We will see what happens, whenever that happens with me I usually come out on top in those instances,” Turner said. “I like the style, I think it’s going to be fun… I see him shooting for a takedown, I might shoot in for a takedown, though, I don’t know we will see. I’m expected for a striking battle but I’m prepared for a grappling battle as well. Just being well-versed wherever the fight goes, confident wherever the fight goes.”

Although Jalin Turner thinks he will turn Brad Riddell into a wrestler, he doesn’t think that will be a bad thing as he can look for a submission. Yet, if it remains on the feet he has confidence he will eventually find the knockout as he doesn’t think Riddell is as durable as many think.

“All of his UFC wins are decisions, all my UFC wins are finishes. I think that says enough right there, I’m coming to finish the fight,” Turner said. “I know he wants to grind out a decision, yes he’s tough, yes he’s durable and that’s what gets him through his fights but come on now, Mullarkey is tough and durable as well and we saw what happened. Is he tougher than Mullarkey? I don’t know, I don’t think he is but we are going to test it and see if he is or not.”

If Turner does just that and stops Riddell at UFC 276 he will enter the top-15. With that, he says he will send a message to the ligthweight division that he has arrived and is a real threat.

“I’m sliding right on there, top-15. Man, it will be surreal, I might get a little choked up like damn I’m here. When that does happen that is when I feel like I am a force and I’m here and I’ve arrived. I’m so hungry for it. I just can’t wait,” Turner concluded.

Do you think Jalin Turner will beat Brad Riddell at UFC 276?