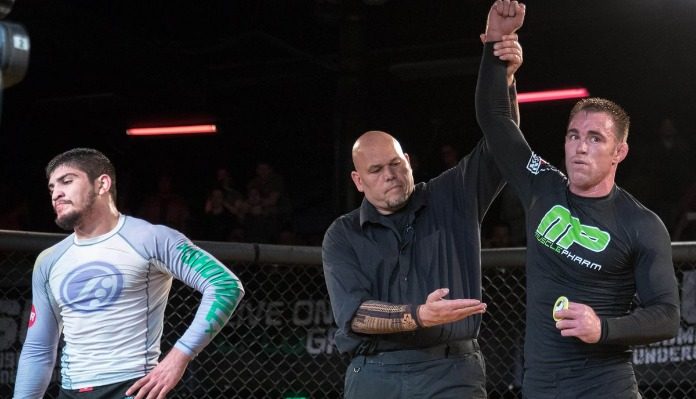 The two first met at Submission Underground 4, where Shields won the bout via fastest escape time over the three rounds. Despite this loss, Danis still claims he’s the best grappler in MMA.

Shields can’t help but shake his head at that claim.

Danis has claimed he wants to rematch Jake Shields. Yet, the 40-year-old Shields says the SBG Ireland product doesn’t want to grapple him again and has ghosted promoters after calling for the rematch.

“It is funny because after I beat him, multiple promoters on three separate occasions have called me saying Dillon wants a rematch with you. I said yeah sure. Then Dillon won’t return their phone calls and ghosts them,” Shields explained. “The second time, I told them he doesn’t really want the match, then ghosted the third promoter. I think maybe he does a bunch of coke at night and writes these promoters he wants a rematch and wakes up and he wants nothing to do with it. He doesn’t even say he changed his mind, he just doesn’t answer them. It is a little weird.”

All that being said, Shields says he will grapple Danis again just to shut him up. But, it is up to Danis to sign the contracts and answer the promoters to make that happen.

What do you make of Jake Shields’ comments about Dillon Danis?