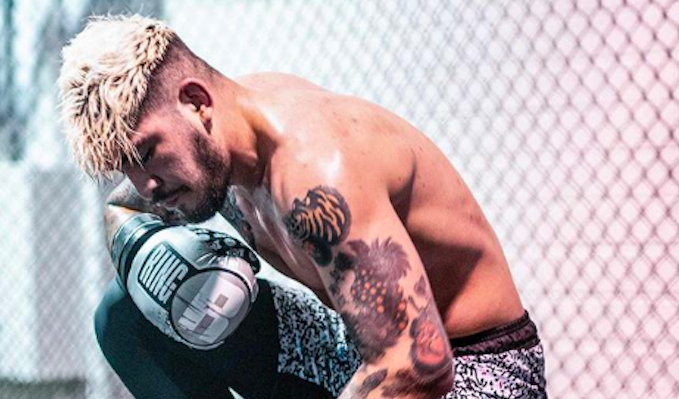 BJJ blackbelt Dillon Danis, who recently won his first professional MMA bout with a first-round submission of Kyle Walker under the Bellator banner, is a world-class grappler. There’s no denying that. Yet if you ask Danis himself, he’s more than just a world-class grappler. He’s the best grappler competing in MMA period — and it’s not even close.

Speaking in a Sunday afternoon Instagram post, Dillon Danis proclaimed his status as the sport’s best grappler and assured that there’s not even a close second in that debate.

“Cannot wait to fight again and show the world that I am the best grappler in MMA,” Dillon Danis said in his post. “There isn’t even a close second.”

Dillon Danis has recently been at the heart of a media frenzy, having played a key role in the infamous UFC 229 post-fight brawl.

Danis attended the card as a training partner of Conor McGregor, who battled UFC lightweight champion Khabib Nurmagomedov in the main event. Shortly after Nurmagomedov defeated McGregor by fourth-round submission, he leapt out of the cage and attacked Danis, sparking a massive brawl both inside and outside of the Octagon.

While Dillon Danis looked very impressive in his debut victory over Kyle Walker, he has not yet been booked for a second MMA fight. Given his current notoriety, we can probably expect Bellator to get his second fight booked fairly soon.

Do you think Dillon Danis can accurately call himself the best grappler in MMA? Join the debate in the comments section below.