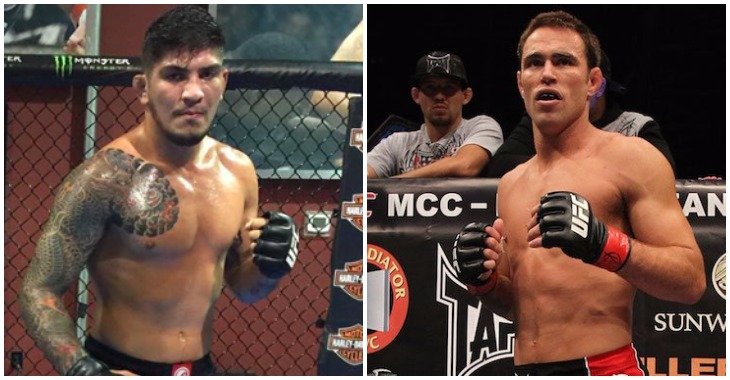 When neither man failed to lock up a submission, the bout entered an overtime period, at which point Shields won via faster escape time. Unsurprisingly, this outcome did not go over well with Danis, who momentarily disappeared from the cage post-fight, but ultimately returned to address the crowd.

Shortly after his loss to Shields, Danis issued a statement on Instagram, expressing his disappointment in the loss, giving Shields his props, and blasting his doubters.

“I show up to any rule set- Gi or No Gi, I will take my losses like a man,” he said. “Jake survived a 10 min onslaught of my submissions to beat me in the overtime round by 8 seconds. Fair play to him, he is a legend. I still believe in myself 100% and this will not define me. You will all swallow your words keep basking in a other man’s struggles, I’ll remember everything.”

Danis will have the opportunity to rebound from this disappointing McGregor-Diaz proxy battle when he debuts in the Bellator cage later this year. At the moment, the details of his debut are not known, though he has made his desire to fight on the promotion’s upcoming debut in New York City quite clear.

Shields, meanwhile, has not been seen in the cage since December, when he lost a decision to fellow UFC veteran Jon Fitch, failing to claim World Series of Fighting welterweight gold in the process.

What do you make of Jake Shields’ defeat of Dillon Danis? How do you think Danis will fare in MMA?