On Saturday night, Anders and Stewart were running back their fight in March that ended in a No Contest. In the first bout, Anders nearly finished the Brit before throwing an illegal knee and entering the rematch, “Ya Boi” said the gameplan was very similar.

“The game plan was very similar. 205lbs really didn’t have an impact as I actually thought he was stronger in the first fight,” Anders said to BJPENN.com. “But, for me, the one main thing I’ll take away is I had to win the fight in the third round. The third round was crucial. It was 1-1 going into the third and there was no way you could score that fight but for me.”

Although Anders ended up edging out a clear-cut decision win, he says he wasn’t happy with his performance. Instead, Ya Boi knows he could’ve done much better and admits he was expecting a more entertaining fight for the fans.

“Not really. If I had to rate it out of 10, I’d give it a 5. It wasn’t what I thought it would be,” Anders said. “I thought it would be very similar to the first fight and that’s on me. I just kept going for takedowns because they were there and he wasn’t as engaging this time around. Going into it I knew the fight would be different. I wanted to finish him but he was better prepared.”

Despite the fact Anders wasn’t happy with his performance, he did get the win which he says is the most important thing. 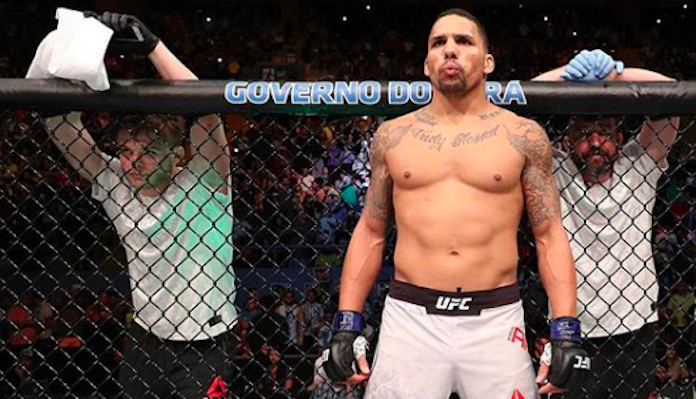 “I have to take a little break after back-to-back camps and fights. I had some nagging stuff like bumps and bruises,” Anders said. “I’m going to take some time and rest and spend some time with my family. I’m thinking about getting back there in the fall, like late October early November. I would like the summer off with my family and then have a full camp.”

When Eryk Anders does return, he has two opponents in mind. Yet, if he has his way, he says he would really like to fight Ed Herman next time out.

“Last year I missed some opportunities with Ed Herman and Antonio Arroyo so I’d like to get those back but I like the Herman fight,” Anders concluded. “It would be great if I can get that. I know Herman isn’t interested in fighting at middleweight, so I’d fight him at 205 but I like 185 a lot.”

Would you like to see Eryk Anders vs. Ed Herman next?