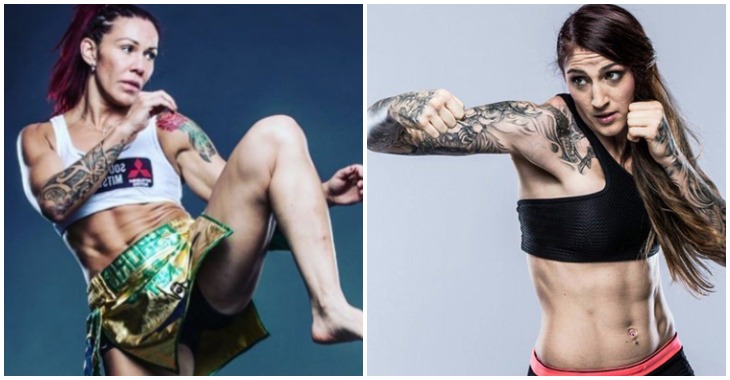 Cris “Cyborg” Justino is no longer the Invicta Fighting Championship featherweight queen. Now firmly embedded as a member of the UFC women’s featherweight roster, she was recently asked to give up this title. With this development, Megan Anderson, who previously wore Invicta’s interim featherweight title, was promoted to undisputed champion.

Speaking to BJPenn.com’s Tom Taylor, Cyborg recently explained that, while she is no longer directly tied to the Invicta organization, she is excited for a seemingly inevitable showdown with Anderson down the road.

“Megan is a talented fighter and I hope to fight her soon,” Cyborg said.

Cyborg then explained her reaction to news that she would no longer be the Invicta featherweight champion.

“I was not upset to vacate the belt,” she said. “While the UFC let me defend my belt three times for Invicta, it has become clear they weren’t going to let me go back to defend my belt after so many fans watched my [two] UFC fights. We tried to get the UFC to offer [Anderson] the fight against me, but her team felt she wasn’t ready to join the competition in the UFC yet.”

While Cyborg says that Anderson and her camp were not quite ready for a jump to the UFC, we know that Anderson is interested in a fight with Cyborg down the road. The new Invicta champ discussed this possibility on a recent episode of BJ Penn Radio.

“I think it’s a really exciting fight,” Anderson said of a potential scrap with Cyborg. “We’re both strikers. I think Cris hasn’t really fought anyone at 145 pounds in awhile. She’s looked devastating against girls coming up from 135 pounds, but that 10 pounds, it’s a big difference. I think it would be interesting. I’m taller than her, I use my range well. I don’t know, I think that fight is definitely interesting. I definitely see fireworks in that fight, 100%. I’ll be ready for that fight when and if it happens. I’m sure we’ll fight at some point, but you know, at the moment, she’s in the UFC, I’m not, so it’s kind of hard to do anything. So we’re just waiting, getting better, training.”

Do you want to see Cyborg take on Megan Anderson in the UFC’s Octagon? Sound off, PENN Nation!