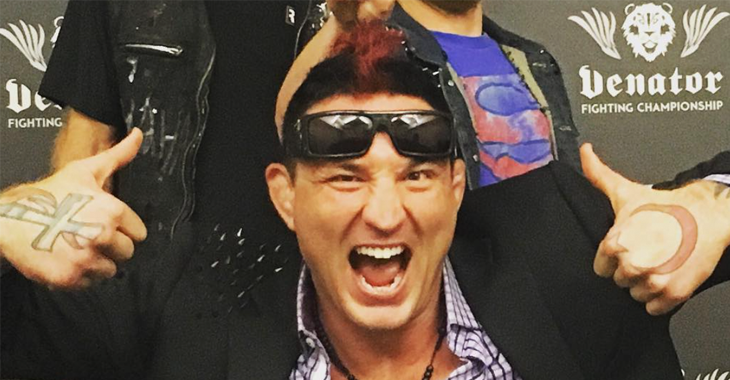 The Orange County Register broke the story, which also revealed that Miller had plead guilty to nearly a dozen charges, resulting in the MMA vet being sentenced to 100 days in jail, as well as 3 years probation. Fortunately for Miller, he managed to avoid jail time given that the 50 days he served previously counted as ‘one for one’ meaning for every day Miller served, it counted as two. Miller’s attorney released a statement on the matter, saying:

“The good news for Jason is that his life is back on track. He’s got his business back, and he’s traveling the world as a commentator.”

Miller also previously stated that he was going to “take responsibility for my stupidity”.

Miller made his return to MMA last year, marking the end of his 4-year hiatus from MMA competition after back-to-back losses in the UFC. After a coaching stint on The Ultimate Fighter, Miller fought UFC veteran Michael Bisping in a highly anticipated showdown, where Bisping picked up a 3rd round TKO win. Following that, Miller fought CB Dollaway at UFC 146, where he vowed to retire if he lost to ‘The Doberman’. Ultimately, Dollaway picked up a unanimous decision win over Mayhem, and Miller was subsequently released from the UFC. In his return to MMA in 2016, Miller fought under the Venator FC banner, where he weighed in 24 pounds overweight for his middleweight title fight. Ultimately, given how much over the middleweight limit of 185 pounds Miller was, the promotion opted to move him to a light heavyweight scrap, which he lost via submission. The silver lining in Miller’s return to MMA is that despite the loss, the MMA vet stated that the loss helped him to turn his life around, and move away from a life of legal troubles and drug addiction from his 4 year MMA hiatus.