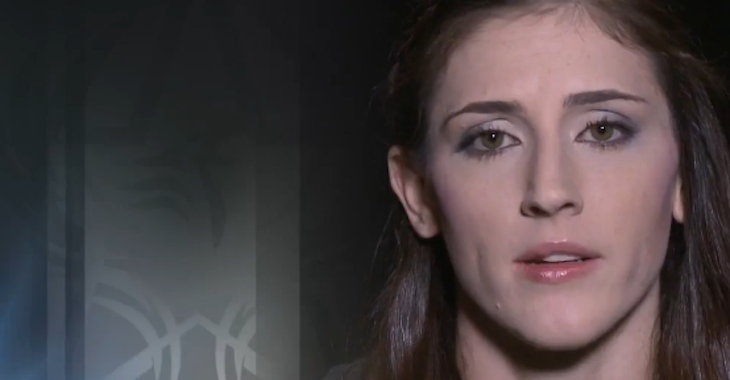 Megan Anderson, who currently holds the Invicta interim featherweight title, is one of the best female featherweights on the planet today. While there is no indication that she’ll sign with the UFC in the immediate future, she is already being discussed as an opponent for UFC star Cristiane “Cyborg” Justino, who is far and away the sport’s premiere female featherweight.

On Wednesday’s edition of BJ Penn Radio, Anderson discussed this potential clash with host Kinch, explaining that she believes she’d make an excellent opponent for Cyborg based on her skillset, control of range, and size. Her words:

“I think it’s a really exciting fight. We’re both strikers. I think Cris hasn’t really fought anyone at 145 pounds in awhile. She’s looked devastating against girls coming up from 135 pounds, but that 10 pounds, it’s a big difference. I think it would be interesting. I’m taller than her, I use my range well. I don’t know, I think that fight is definitely interesting. I definitely see fireworks in that fight, 100%. I’ll be ready for that fight when and if it happens. I’m sure we’ll fight at some point, but you know, at the moment, she’s in the UFC, I’m not, so it’s kind of hard to do anything. So we’re just waiting, getting better, training.” Anderson then reiterated that, while Cyborg is undeniably talented, some of her recent success can be attributed to her fighting much smaller opponents – most recently beefed up bantamweights in Leslie Smith and Lina Lansberg.

The 27-year-old Anderson, who is 8-2 overall, is riding high on four-straight stoppage wins, having recently knocked out or TKO’d Amber Leibrock, Amanda Bell, Peggy Morgan and Charmaine Tweet.

How do you think Megan Anderson would do against the ever destructive Cyborg? Sound off, PENN Nation!