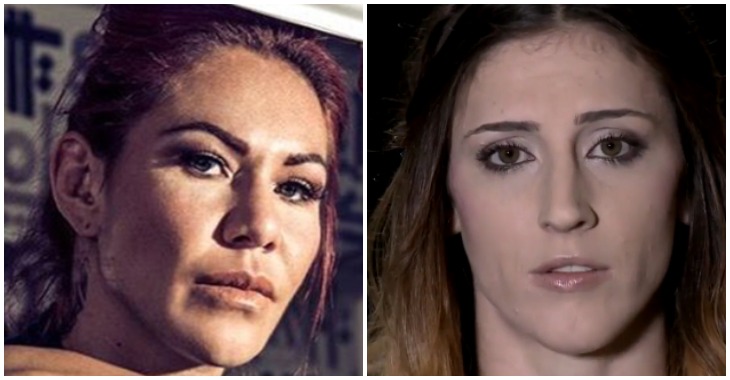 Late last year, featherweight superstar Cristiane “Cyborg” Justino failed a drug test administered by the United States Anti-Doping Agency (USADA). Given that Cyborg has had issues with performing enhancers in the past, the MMA community was quick to pick up their torches and pitchforks and accuse her of cheating. In the end, however, Cyborg was granted a retroactive Therapeutic Use Exemption (TUE) for Spironolactone, the substance in question. As such, she was cleared of any guilt, and will be able to continue to compete as normal.

While Cyborg was proven innocent, however, many members of the MMA community still question the legitimacy of her legacy of dominance. In the opinion of Megan Anderson, who holds the Invicta interim featherweight title and stands out as one of Cyborg’s biggest rivals, this isn’t exactly just.

Anderson weighed in on the state of Cyborg’s legacy on the latest edition of BJ Penn Radio.

“Her legacy isn’t going to affect me until we fight, so I don’t really care about that stuff,” Anderson said of Cyborg. “She’s been cleared. People are quick to judge, but I guess it was understandable since she [failed tests] in the past, but I think don’t judge a book by its cover and hold out on judgement.”

Anderson then criticized USADA’s habit of notifying fighters – and the public – of potential anti-doping violations before their guilt is proven. In her opinion, these things should stay quiet until a fighter is ruled guilty.

“I think it’s really weird that [USADA] comes out and says that people have been notified of a violation,” she said. “I think that should be done quietly, and then if they are found guilty—you’re innocent until proven guilty. The way they do it now, you’re guilty, and you have to prove your innocence. I feel like it’s a little biased, and I don’t really like the way they do it. But they have their reasons.”

What do you think of Megan Anderson’s assessment of Cyborg and USADA? Sound off, PENN Nation!