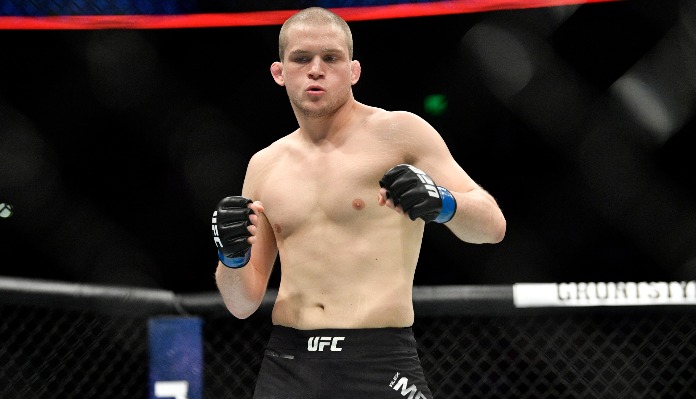 Alex Morono is hoping to put on a fan-friendly fight when he competes in his home state of Texas on Saturday at UFC 277.

Morono is set to fight for the first time in 2022 as he will take on Matthew Semelsberger. Although it is a later start than what the Fortis MMA product is used to, Morono says this is the perfect time to return after a very active 2020 and 2021 that saw him have six fights.

“I did need to recover after that active year. I also run a busy gym so it’s nice to sit back and handle business,” Morono said on Just Scrap Radio on BJPENN.com. “I’ve been waiting for late quarter two or early quarter three for my first fight of the year so the timeframe is perfect. It also allows me to have one more later this year as I like having two fights a year as it gives me time to train consistently and also focus on my gym.”

Once Morono was ready to return, he began asking his coach Sayif Saud to get him a fight and he had hoped it would be in front of fans. When he got the call to face Semelsberger at UFC 277 in Dallas, it was an immediate yes as he gets to compete in his hometown.

“I asked my coach if they have offered me anything for July or August and sure enough Sean Shelby who is my true unsung hero told my coach he’d get me on the Dallas card if I want it,” Morono explained. “I told my coach I’ll fight whoever and I got a good matchup in Semelsberger, he’s big, he’s physical, I know the type of person he is, he’s a hard worker and will come ready for this fight so I need to show up and put on a show.”

Morono is entering the fight on a three-fight win streak with a TKO win over Donald Cerrone and last time out, beat Mickey Gall. With that, he could’ve gotten a top-15 opponent but for Morono, he says he didn’t care about the rankings, as instead, he just wanted a fight that would be entertaining for the fans.

“Before I was matched up, I always eyeball the roster and there weren’t a lot of guys who weren’t matched up,” Morono said. “But also, I also don’t care (about the rankings), I’m more after the Jim Miller with the 30 fights plus, I couldn’t imagine there is anyone they would offer that I wouldn’t fight. Semelsberger has done well, he has a winning record in the UFC and the way he fights is exciting and makes it a fun matchup.”

Against Matthew Semelsberger, Alex Morono expects a potential Fight of the Night bonus as he knows it will be a tough fight. But, if everything goes his way, he will be getting a late stoppage to extend his win streak to four.

“No expectations really on what he is going to do, I just plan to stand on the feet and if she shoots in I will deal with that,” Morono said. “I’m looking for an entertaining fight, I always plan for a third-round finish no matter who I’m fighting. I plan on going for a hard 15, a finish early would be great but you can’t bank on that. Just getting ready for the grind of a hard 15 minutes.”

Should Morono get his hand raised the goal is to return in November or December against whoever the promotion gives him.

Do you think Alex Morono will beat Matthew Semelsberger at UFC 277?