‘The Nigerian Nightmare’ and ‘Chaos’ thrilled fight fans by putting on an absolutely amazing effort which culminated in a fifth round TKO victory for Usman.

It was an incredible main event which showcased the toughness of both fighters.

After twenty minutes of thrilling action, the three judges in attendance had the bout scored 3-1 Usman, 3-1 Covington and one had it all even. 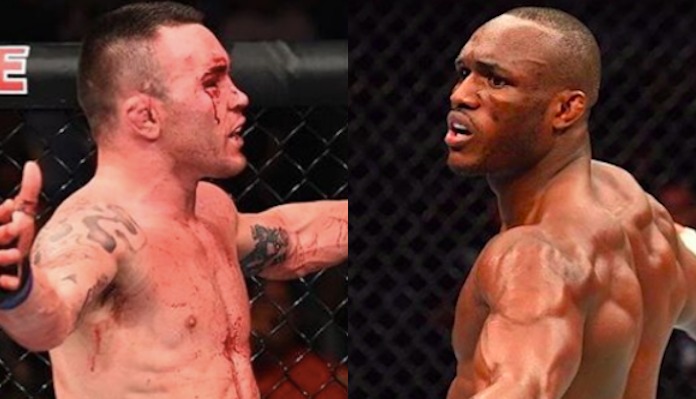 In the fifth and final round, Usman was able to turn the tide completely in his favor, dropping Colby Covington on multiple occasions before eventually putting him away with ground and pound.

“One hundred percent,” White said in reference to if Colby showed his worth tonight. “I mean going into this fight yesterday I was doing interviews and I told everybody man I said ‘Listen, don’t let all the bullsh*t and stupid talk overshadow the fact that this kid is tough, talented, and stylistically this fight in unbelievable. If you looked at the stats they lined up perfectly and the question was Covington’s cardio. You know he has unstoppable cardio and could Usman keep up with that and could Covington deal with the power of Usman. There was only one way to find out and now we know.”

As for Kamaru Usman’s performance:

“It was awesome,” Dana White said. “How about the chin on him too? Covington hit him with some big shots and elbows. I mean, yeah, both these guys were blasting each other. To have a broken jaw in the second or third round and almost go on to finish the fight was pretty impressive.”

As noted above, the UFC boss confirmed Covington suffered a broken jaw this evening.

What did you think of tonight’s UFC 245 main event between Colby Covington and Kamaru Usman? Who would you like to see ‘The Nigerian Nightmare’ put his welterweight title on the line against next? Sound off in the comments section PENN Nation!