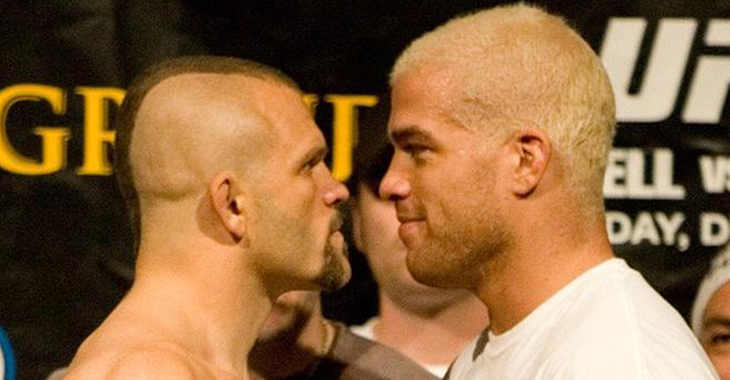 It seems like every year there is a tease that Chuck Liddell may come out of retirement for one or two more fights. This year, it seems to be a fight with former rival and UFC light heavyweight champion, Tito Ortiz. However, Bellator president Scott Coker is on the fence about the idea. It’s not that he wouldn’t put on the trilogy between Liddell and Ortiz, he’s just that he literally doesn’t know if he can.

“My understanding is that Chuck [Liddell] is still under contract with the UFC. I’m not sure. I just thought that to be true. I don’t know the details, but when he retired, I think the contract freezes and they maintain some rights. Listen, is it a fight that would be fun to watch [between Liddell and Tito Ortiz]? I think if they both pass a physical and Tito was healthy and his neck was healthy and he was able to perform at a high level, and they were fighting, to me is it interesting? I would definitely watch it.”

“But would we promote it? I don’t think we can, because Chuck is still under contract with the UFC. Right now, we’re extremely busy with our World Grand Prix. We’ve got a great tournament going and we have some exciting things you’re gonna hear about in the next couple weeks. I think we’re gonna focus, keep our head down and keep doing what we’re doing and focus on these great events that we’re doing.” — Scott Coker speaking to MMA Fighting.

Tito Ortiz was last seen getting a win over Chael Sonnen under the Bellator banner, before going back into retirement once again. While he may still be under a contract with the organization, Chuck Liddell is a different story. Scott Coker believes he may still be under some sort of contract with the UFC. This may be way Ortiz himself brought the bout up to the UFC, who didn’t think Liddell could pass the medical examination to allow the fight to happen. Although, Liddell is confident he’d be cleared to fight again.