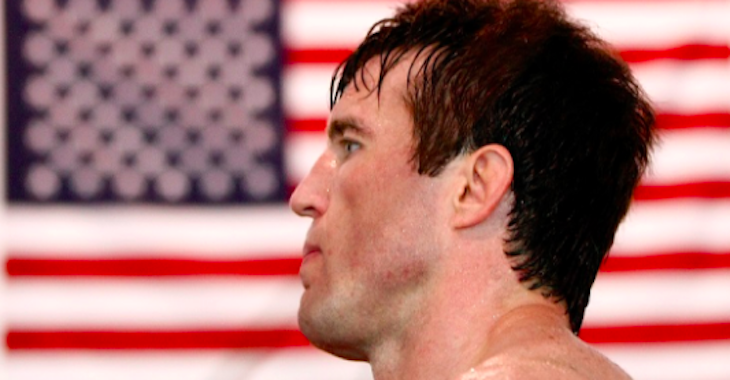 Leading up to their Bellator 192 battle, Heavyweight Grand Prix competitors Chael Sonnen and Quinton “Rampage” Jackson agreed to a pretty interesting bet. The stakes? Rampage said he’d give Sonnen $10,000 for every takedown he completed.

Given that Sonnen completed 3 takedowns on Rampage en route to his Bellator 192 decision win, that technically means he’s now owed a significant $30,000.

Sonnen updated on this bet at the Bellator 192 post-fight press conference. Apparently, he’s hoping to collect the check, though he doesn’t plan on cashing it.

Sonnen also discussed what he learned in his fight with the much heavier Rampage. He feels he needs to make some major adjustments, as he can now look forward to an even larger foe in the winner of Frank Mir and Fedor Emelianenko’s upcoming bout.

“I’ve got some sparring partners that are big, but you know, they’re not as good as Rampage. They’re not as strong as Rampage. So yeah, I learned a lot in there tonight, and I’ve got to get better. I’ve got to make some changes. I don’t know that I’ll try to get stronger, but some of my movements have to be different, my angles have to be different. But I didn’t know how else to do it. I had to jump in there. The date was set. The contract was signed.”

How do you think Chael Sonnen will perform in the Bellator Heavyweight Grand Prix?