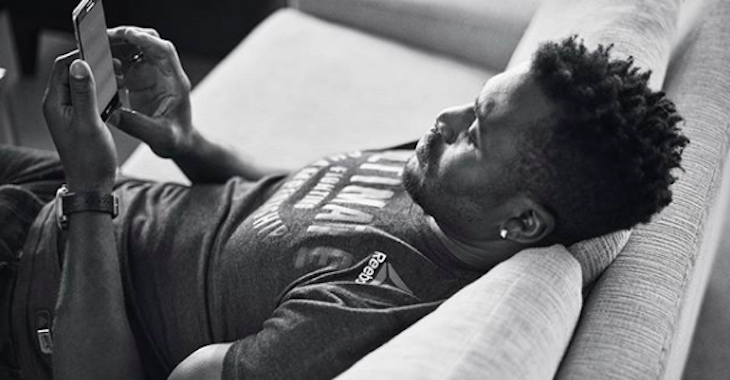 Last Saturday night, in the main event of the exciting UFC 220, hulking French-Cameroonian knockout artist Francis Ngannou lumbered into the cage with the goal of defeating Stipe Miocic and winning the UFC heavyweight title. In the end, however, the massively hyped Ngannou was outclassed by the champion, whose cardio, pressure and wrestling were simply too much to deal with.

Now, it’s back to the drawing board for the undeniably talented Ngannou, who has been studying MMA for just four years. Though he certainly has some holes in his game that need filling, it seems he’s keen to learn from this loss, and use it as fuel for his continued evolution.

“I’ve been in this sport only four years, and I know I’ll keep learning and improving,” Ngannou said at the UFC 220 post-fight press conference (h/t MMAJunkie.com). “What happened tonight was the last step for me to learn about this sport, because it’s the only thing I’ve never faced – a five-round fight, and how to deal with it. I made a mistake, and that will not happen again.”

“I came here today to win the fight,” he continued. “I just discovered a new part [of the game] that I was ignorant about.”

“The problem is I underestimated my opponent, and I went too hard in the first round, and he was tougher than I thought. So [Miocic] resisted, and he put together a better game plan than me.”

“I’m going to keep improving and come back stronger than I was,” Ngannou concluded. “I learned more [in this fight] than I did in the past four years.”

Ngannou made similar claims in a post-fight statement on Twitter.

Do you think we’ll see the most dangerous Francis Ngannou yet after his loss?