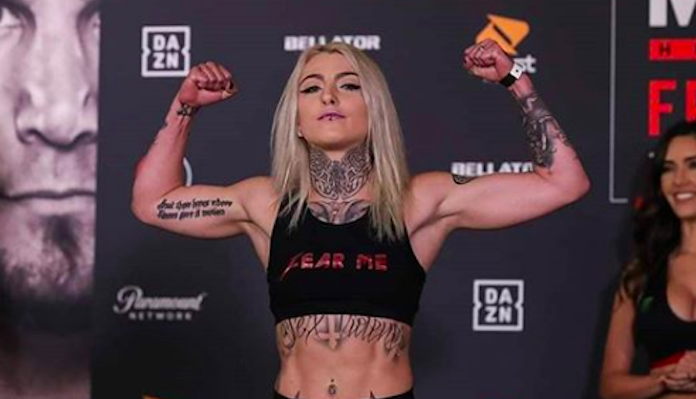 Starr, whose real name is Rebecca Bryggman, first made the announcement back in late September. However, the story only seems to have gained traction in the last few days as we get closer and closer to her debut.

She will be going one on one with Elise Reed on the undercard of what is shaping up to be a pretty intriguing night of fights with Jake Hager, who is also considered by many to be a special attraction type of fighter, being scheduled to compete.

This has quite clearly been a passion of Bryggman’s for quite some time now, and it seems likely that this won’t be a one and done type of fight as she looks ahead to what could be a promising future in the sport.

She currently trains at Maximum BJJ which is a noted affiliate of Matt Serra, the former UFC Welterweight Champion. The bout is set to be the fourth on the prelims card late on this evening as we get closer and closer to Bellator 231 this evening at the Mohegan Sun Arena.

It’s safe to say that going straight to Bellator for your mixed martial arts debut holds the possibility of being a baptism of fire, but if she’s able to make a strong first impression to Scott Coker, then there’s every chance this will become a real stepping stone towards even bigger things at this level.

How do you think the fighter formerly known as Orion Starr will do in her Bellator debut?