Boxing legends Roy Jones Jr. and Mike Tyson turned back the clock for fight fans this evening by engaging in an exhibition bout.

Roy Jones Jr. (66-9) was returning to the ring for the first time since February of 2018, where he had picked up a unanimous decision victory over Scott Sigmon. The former four-division World Champion had gone 9-1 over his past 10 fights overall prior to tonight’s exhibition with Tyson. 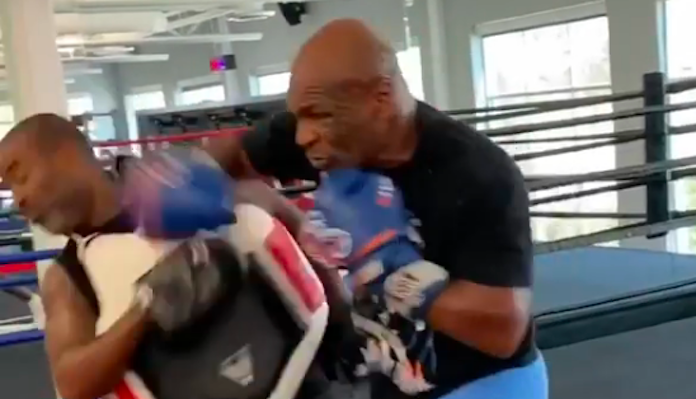 Meanwhile, Mike Tyson (50-6), now age 56, was returning to the squared circle for the first time in fifteen years for tonight’s exhibition bout. In his most previous effort in June of 2005, “Iron Mike” left the boxing world stunned when he quit on the stool before the seventh round of his match-up with Kevin McBride. The former heavyweight world champion’s most recent victory had come back in 2003 when he Clifford Etienne by way of knockout.

Tonight’s highly anticipated Mike Tyson vs. Roy Jones Jr. exhibition bout proved to be an entertaining contest. Both legends of the game had their moments in the contest, but after eight rounds of two-minute action, most fans and analysts had Tyson winning on their scorecards. However, the three judges actually scoring the fight saw things differently and the contest was ultimately ruled a draw.

“I’m never satisfied with draws. I wear drawers, I don’t do draws,” Roy said. “The body shots definitely took a toll. The body shots is what make you exhausted. Any good fighter knows that I knew it too. Thought I had a six-pack and it was alright, but I guess I might need a 12-pack because six ain’t getting it.”

Roy Jones Jr. then suggested that he and Mike Tyson have to do this again.

“We gotta do this again. Everybody loves Mike, I love Mike too. But it’s tough to take the punches from Mike, so I’ll go talk to my family, see how they feel about it.”

Would you like to see a rematch between boxing legends Roy Jones Jr. and Mike Tyson? Share your thoughts in the comments section PENN Nation!