Mike Tyson (50-6), who is Dana White’s favorite boxer of all-time, was returning to the squared circle for the first time in fifteen years for tonight’s exhibition bout. In his most previous effort in June of 2005, “Iron Mike” had left the boxing world stunned when he quit on the stool before the seventh round of his match-up with Kevin McBride. The former heavyweight world champion’s most previous victory had come way back in 2003 when he Clifford Etienne by way of knockout.

Meanwhile, Roy Jones Jr. (66-9) was returning to the ring for the first time since February of 2018, where he had picked up a unanimous decision victory over Scott Sigmon. The former four-division World Champion had gone 9-1 over his past 10 fights overall prior to tonight’s exhibition with Tyson. 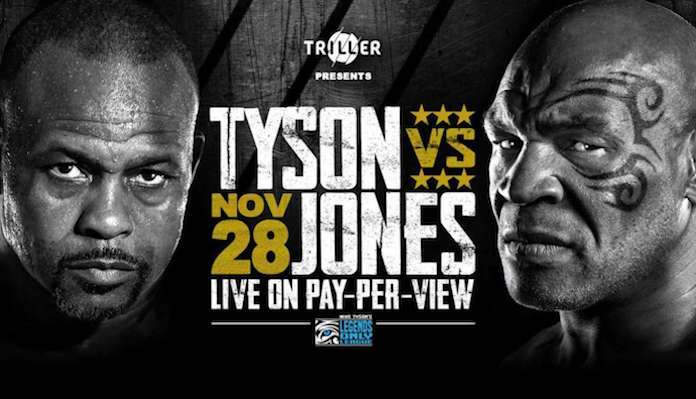 UFC President Dana White was impressed by the performances of both Tyson and Jones Jr. at tonight’s event in Los Angeles stating the following at the UFC Vegas 15 post-fight press conference (via BloodyElbow).

“Fighting is a young man’s game,” White said. “All that being said, (Mike Tyson) looked f—king awesome tonight! I was blown away with how good he looked.”

“I was worried about Roy. Roy was 51 years old, but Roy’s been a lot more active than Tyson has been. Roy actually got more tired than Mike tonight, which was shocking. I’m happy for them. I hope they both made a f—king zillion dollars. It exceeded my expectations.”

“He looked good. He’s a grown ass man and will do whatever he wants anyway, but good for him. It was actually a good fight. It was an entertaining fight to watch, and I thought he looked really good.”