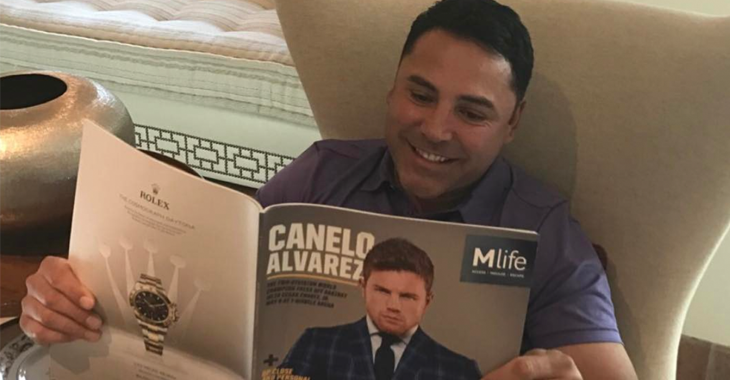 The highly anticipated Canelo vs. ‘GGG’ fight lived up to hype as the two elite boxers traded bombs for twelve straight rounds much to the pleasure of fans in attendance and those watching around the world.

Unfortunately, the contest was left surrounded by controversy after the bout was ruled a split draw.

Byrd, who has been known for her unpredictable scoring, gave only two of the twelve rounds to Gennady Golovkin.

When her scorecard was read the crowd immediately showered her ruling with boos.

“A lot of people are not understanding 118-110, just like myself. That’s the bottom line. But I have to say Byrd is a competent judge, she’s been doing lots of world titles for many years.”

Oscar De La Hoya continued while sharing his personal scorecard from the Canelo vs. ‘GGG’ fight.

Obviously Oscar represents Canelo, so scoring the contest 7-5 for his fighter does not come as a surprise.

How did you score last night’s boxing match? Sound off PENN Nation!