UFC President Dana White was not happy when he heard the result of Saturday’s boxing match between Canelo Alvarez and Glennady Golovkin.

Dana White was in attendance for the highly anticipated boxing match which took place under the bright lights of T-Mobile Arena.

The fight lived up to the hype as Canelo and ‘GGG’ went to war for twelve rounds.

While the majority of the fans watching around the world believed that Golovkin had done enough to be awarded the decision victory, only one judge in attendance scored the fight for ‘GGG’.

The Alvarez vs. Golovkin fight was definitely close, and two of the judges saw it that way. 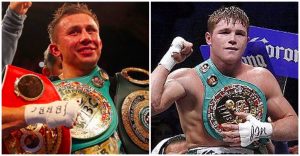 Shortly following the fights conclusion, the brash UFC boss took to Twitter where he blasted the NSAC (Nevada State Athletic Commission) over the judges decision.

Would you like to see an immediate rematch booked between Canelo Alvarez and Glennady Golovkin? Sound off PENN Nation!