Oscar De La Hoya reveals he buried the hatchet with Dana White: “There’s still business to be done with me and Dana”

It seems that the beef between promoters Oscar De La Hoya and Dana White is over.

For years, the CEO of Golden Boy Promotions has been going head to head with the UFC President. The beef between the two arose back in 2018, as De La Hoya got into the world of MMA promotion. He decided to promote the trilogy fight between Chuck Liddell and Tito Ortiz.

Now, it seems that the beef between the two is over. Oscar De La Hoya discussed his feud with Dana White on The MMA Hour with Ariel Helwani. There, the boxing promoter revealed that he was ready to bury the hatchet with the UFC’s president. He also took ownership of his failed foray into MMA back in 2018. 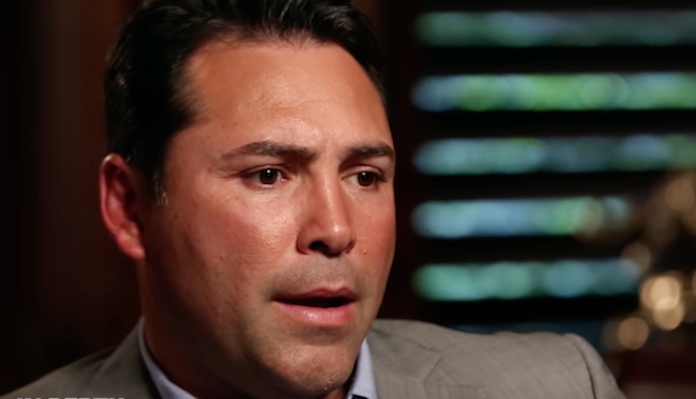 “Pay-per-views didn’t do too well, certain cable operators weren’t working with us. I think it’s because I received too much heat from Dana White, and being busy with Golden Boy Promotions, I decided to stay in my own lane. I tried it, it was a great experience I really loved it with the atmosphere and the fans, it was really engaging and a lot of fun.”

Oscar De La Hoya continued, “Dana criticized me, and for a good reason. There were some exchanges going back and forth, me and Dana, to which I apologized to him a thousand percent. There’s still a lot of business to be done with me and Dana in the future… If he ever wants to talk and sit down, imagine our two powerhouses and creating something together. It would be pretty unique.”

What do you think about Oscar De La Hoya’s comments? Do you want to see him work with Dana White? Sound off in the comments below!