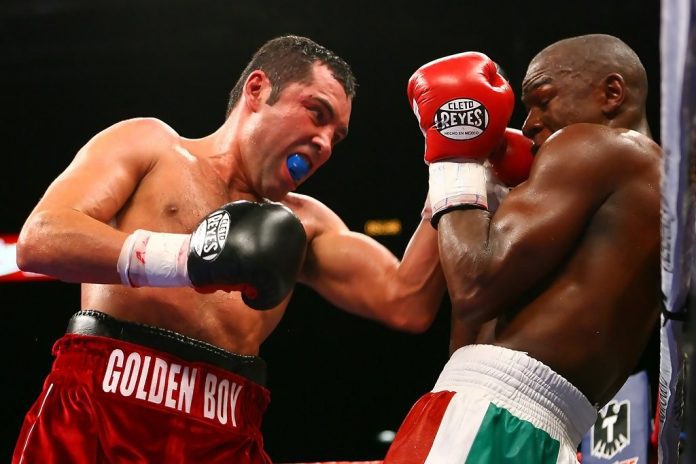 De La Hoya, who is 48 years old, has not stepped into the boxing ring since he lost to Manny Pacquiao in 2008. He was supposed to return into the boxing ring this year for Triller against former UFC champion Vitor Belfort, but the fight fell apart after de la Hoya came down with a bad case of COVID-19. De La Hoya has now recovered from his illness and he is interested in stepping back into the ring in 2022. While he is open to fighting Belfort again, De La Hoya believes he has a better idea for a fight, a rematch against Mayweather.

De La Hoya and Mayweather met back in 2007, with Mayweather winning a split decision. 15 years later, and De La Hoya is calling Mayweather out for a rematch. Speaking to TMZ Sports, “The Golden Boy” called out “Money” and explained why the fight needs to happen.

“It could be Floyd Mayweather,” De La Hoya named as his opponent in his return to boxing. “It wouldn’t be an exhibition, with somebody like Floyd, it would be a real fight. It’s probably the biggest fight that you could make today that would generate tons of money, so that would be nice.”

De La Hoya was then asked to send a message to Mayweather, who is currently retired, and he did so respectfully while adding that he hopes to talk with “Money” after Christmas.

“Look, he’s the top P4P fighter in the world. Right now, he’s the best, whether he comes back or not. It would be a pleasure to be in the ring with him and just make a huge event out of it and a great fight for the fans. If after the holidays we can sit down and talk and (hopefully) make something happen,” De La Hoya added.