Former UFC welterweight Mike Perry believes he will face Jake Paul after all.

It’s likely thanks to his recent success that the former UFC welterweight is targeting a boxing match with Jake Paul. ‘The Problem Child’ recently signed to the PFL but is noncommital about fighting in MMA in 2023. Instead, he would like to compete in boxing for his next matchup.

Last month, the YouTuber slammed Tommy Fury for declining to fight him and named Mike Perry as a possible replacement. ‘TNT’ later came out and hit back at him for those comments. However, it’s worth noting that Fury has been scheduled to fight Paul twice, withdrawing from both matches.

As of now, it’s not known who Jake Paul will box next. However, Perry gave an update on talks between the two of them in a recent interview with MMAFighting. There, the former UFC fighter explained that he believes the boxing match will indeed happen. 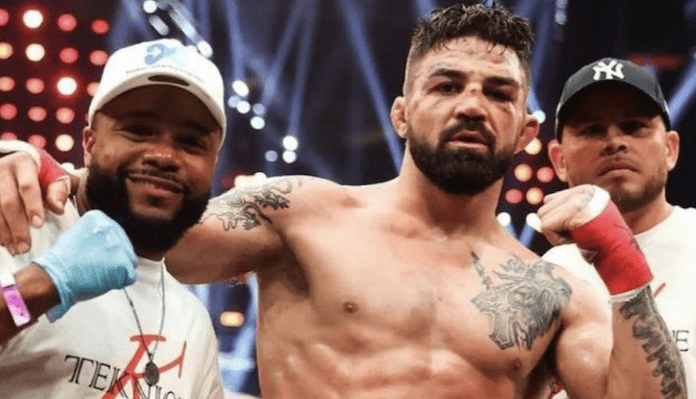 “I believe it was for mid-February,” Perry told MMA Fighting. “I don’t know what I can and can’t say, [because] I want it to happen, but there was supposed to be a really cool location and that intrigued me, I think it happens. If it is mid-February, I’ll be ready. I’m ready this weekend. I’m going to keep working, road work, lift some weights, eat healthy, just keep feeding myself and stay hungry. That’s me. That’s what I do.” (h/t MMAFighting)

He continued, “…As far as I know, it’s the same as it was. Not much has really changed, and we’re in the same position as we were in a few days ago. I’m just calling people out and staying ready to compete, but I’ll tell you, it doesn’t matter to me. I love boxing. I’m ready to throw hands. I can take a hell of a punch, I give it back, I’m getting slick, I’m moving properly, and I’ve always been a boxer deep down.”

What do you make of these comments? Do you want to see the fight? Sound off in the comment section below PENN Nation!

This article appeared first on BJPENN.COM
Previous articleNick Diaz slams Tony Ferguson’s fighting style: “It’s like a spastic type of person who makes up for a lack of technique”
Next articleMichael Johnson offers Tony Ferguson a rematch: “Let’s give the fans what they want”
© Newspaper WordPress Theme by TagDiv