“Are you not entertained?” – KSI announces he will be fighting Swarmz, and professional boxer Ivan Nikolov on August 27th

YouTuber-turned-boxer KSI will be facing not one, but two opponents later this month.

‘The Nightmare’ has been out of action since his decision victory over Logan Paul in November 2019. Since that outing, the 29-year-old has been busy working on creating music and focusing on his YouTube channel.

However, earlier this summer, the Brit announced his return to the ring. On August 27th, the YouTube star was set to face Alex Wassabi on DAZN pay-per-view. The latter was coming off a win over KSI’s brother, Deji, earlier this year.

The card set for the O2 Arena in London, England, took a hit earlier this month. Citing a concussion, Wassabi withdrew from the event. In response, Jake Paul stated that he would step up on short notice. The Watford-native declined, and the two eventually agreed on fighting next year at Wembley Stadium.

Replacing Alex Wassabi was former semi-professional soccer player, and rapper, Swarmz. However, earlier today on his YouTube channel, the star announced he wouldn’t be just fighting the rapper. Instead, he’ll be facing a professional boxer.

As he announced on his YouTube channel, KSI will be boxing Ivan Nikolov on August 27th. The bout with Swarmz will reportedly open the card, while the showdown with the Bulgarian pro will close the event. Nikolov comes into the contest sporting a 3-16-2 professional record. 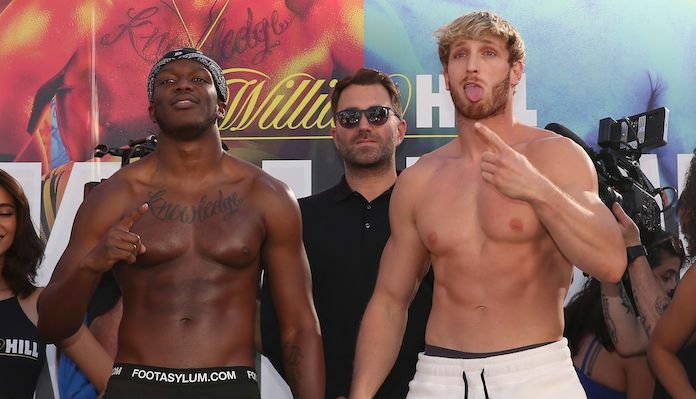 “Yes, you heard that right ladies and gentlemen,” said KSI on his YouTube channel. “I, KSI, will be fighting two people, on August 27th. I mean, that alone should enough for you to want to buy the pay-per-view on DAZN. Two for the price of one ladies and gentlemen. I mean, are you not entertained? It’s never been done before in YouTube boxing.”

What do you think about KSI’s announcement? Are you excited for August 27th? Sound off in the comment section below!

This article appeared first on BJPENN.COM
- Advertisement -
This article appeared first on BJPENN.COM
Previous articleKhamzat Chimaev says he’s surprised Nate Diaz is fighting him at UFC 279: “I can smash that guy, easy”
Next articleDemetrious Johnson reflects on UFC departure and end of title run: “when it came time to put on a show and f****** fight, I did my thing”