Tonight’s BKFC 27 event in London was headlined by a highly anticipated welterweight scrap between Michael Page and Mike Perry.

Page (20-2 MMA, 0-1 BKFC), who is currently listed at #2 in the Bellator welterweight rankings, was making his Bare Knuckle Boxing debut this evening with hopes of rebounding from a split decision loss to Logan Storley. That controversial setback had snapped a six-fight winning streak for ‘MVP’.

Meanwhile, Perry (14-8 MMA, 2-0 BKFC) had made his Bare Knuckle Fighting Championship debut this past February, where he scored a unanimous decision victory over Julian Lane. The UFC Veteran had gone 2-0 since leaving MMA for the sport of boxing ahead of tonight’s event. 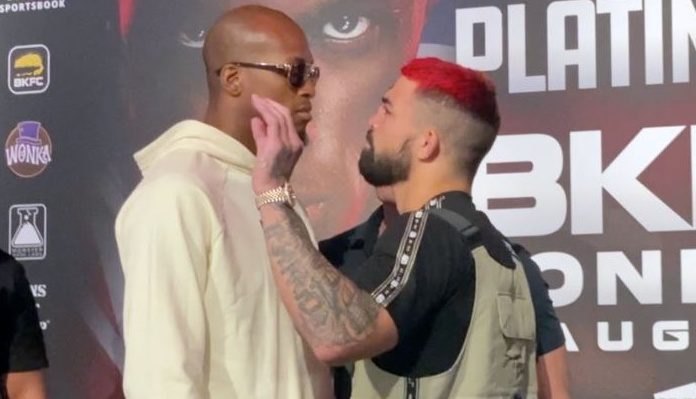 Tonight’s BKFC 27 headliner proved to be a…

Check out how the pros reacted to ‘Page vs. Perry’ below:

Anyone know what channel we can watch BKFC on ?? Need to see my boy MVP do work on mike perry #BKFCLondon

Damn. It looks like Perry might have a broken jaw. Either that, or his cheek is really really swollen. This BK stuff is wild.

If BKFC is paying crisp bags of 💰 I would have no issue taking my talents to south beach. I think my power would serve me well over there

What did you think of the outcome of tonight’s Page vs. Perry main event? Share your thoughts in the comment section PENN Nation!