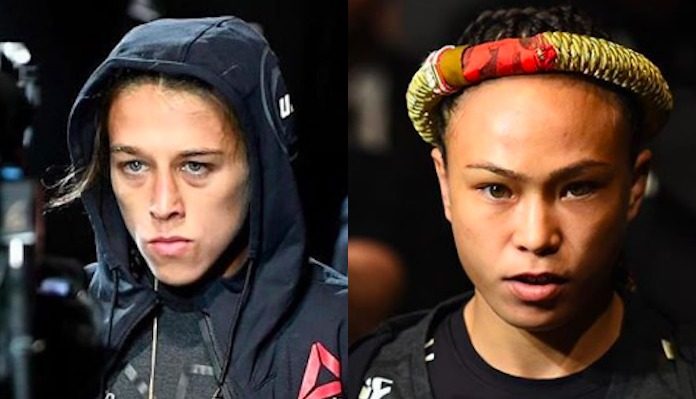 The winner of tonight’s headliner will likely be next in line for a shot at Weili Zhang’s UFC strawweight title.

Joanna Jedrzejczyk (15-3 MMA) was most recently seen in action at December’s UFC 231 event where she suffered a unanimous decision loss to Valentina Shevchenko in a fight for the promotions flyweight title.

The Polish star has gone just 1-3 over her past four Octagon appearances, with her lone win in that time coming against Tecia Torres by decision.

In tonight’s UFC Tampa co-headliner, featherweights Cub Swanson and Kron Gracie will collide in hopes of moving up the 145-pound ladder.

Cub Swanson (25-11 MMA) will enter UFC Tampa in desperate need of a win, this after losing his last four fights.

Meanwhile, Kron Gracie (5-0 MMA) made is his promotional debut this past February in Phoenix, where he scored a first round submission victory over Alex Caceres.

Devin Clark vs. Ryan Spann – Spann def. Clark via submission (guillotine) at 2:01 of Round 2

Ryan Spann ends it early!@Superman_Spann lands some big shots, then seizes the neck to earn the 2nd round sub! #UFCTampa pic.twitter.com/C4VJuU21Ts

🇧🇷 Figueiredo locks up the guillotine for the first round submission at #UFCTampa pic.twitter.com/1cidmeHbaP

Miguel Baeza vs. Hector Aldana – Baeza def. Aldana via TKO at 2:32 of Round 2

The calf kick leads to the finish!

Who are you picking to win tonight’s UFC Tampa main event? Sound off in the comments section PENN Nation!