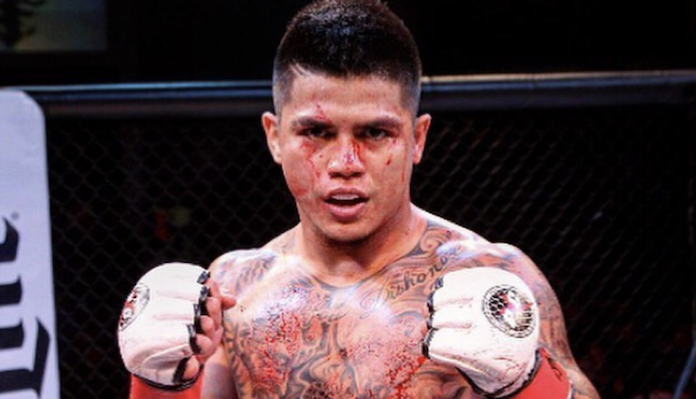 The MMA community is in mourning after veteran fighter Kyle Reyes, who was a member of Xtreme Couture in Las Vegas, died at age 30.

According to MMAjunkie.com’s report based on the GoFundMe for the fighter, “Reyes had reconstructive surgery on Aug. 27 to repair a torn left bicep. Over the span of the next 24 hours, ‘his health went downhill’ after was found unresponsive after an infection caused one of his lungs to collapse. At the time of the fundraiser kickoff, the infection spread to other organs but Reyes was in stable condition in an intensive care unit.” Unfortunately for Reyes, he ultimately did not make it, and he shockingly passed away at the age of 30.

Reyes (15-7) was born in Guam and he made his MMA debut in 2009 for the PXC promotion. During his stint fighting in Oceania, Reyes fought the likes of current UFC featherweight champion Alexander Volkanovski to a decision loss in 2014. In 2015, Reyes made the move to the United States and he picked up a split decision win over current UFC fighter Kamuela Kirk. It was in the US that he would make his way to Xtreme Couture.

Reyes then spent the next several years competing for promotions such as Tachi Palace Fighting, taking on opponents such as UFC veterans Cody Gibson and Nohelin Hernandez. While Reyes was never able to make it to the big show of the UFC, he did compete several times for the ACA/ABC promotion in Russia and was likely just a win or two away from making it to the big show. He also picked up a win over UFC veteran Walel Watson in 2019. Sadly, though, Reyes lost his final battle with the infection, and Xtreme Couture lost a loved member of their gym.

We here at BJPenn.com wish the best to the family of Kyle Reyes during this difficult time.