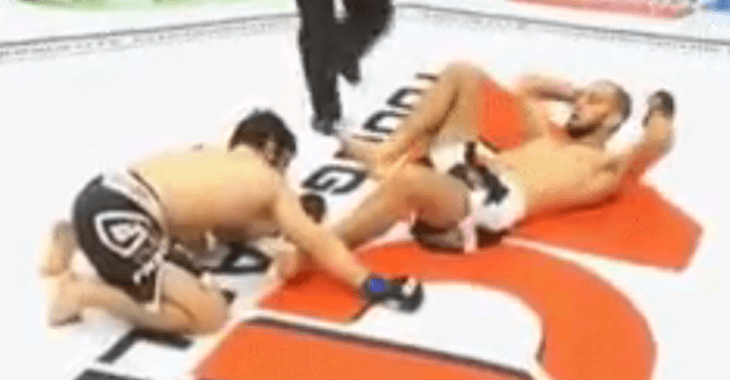 Injuries happen all too often in mixed martial arts. Whether it’s a cut above the eye or a broken hand suffered in the first round, it’s up to the doctor and fighter to decide if it’s worth ending the fight. Regardless, the injury will hinder the fighter’s performance.

Very rarely, though, an injury is so severe that it halts action altogether and caused both fighters to stare at each other in an awkward moment. That’s exactly what happened at Absolute Championship Berkut 23 in Russia. A fighter’s strikes were so sloppy that he actually popped his own shoulder out of its socket. He decided to hang back and ponder what to do next. Lucky for him, his opponent was confused as to what to do as well. Check it out in the video below!

Fighter dislocates his shoulder at ACB 23. Well.. this is awkward. pic.twitter.com/YfGy0Qjxsv