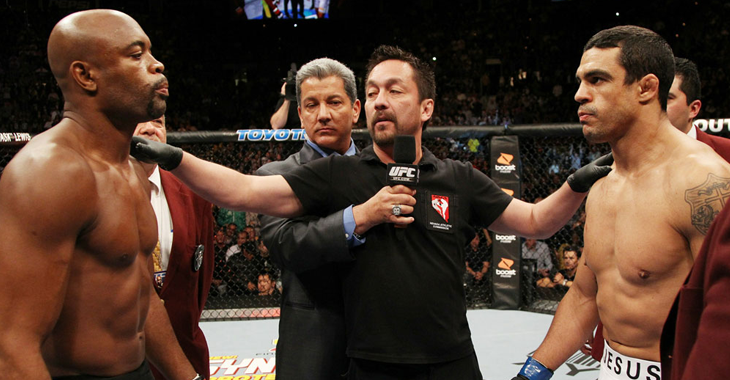 Vitor Belfort and Anderson Silva met in the Octagon at UFC 126 back in 2011 for the UFC middleweight title where Silva picked up a highlight reel knockout in the very first round.

Now, over five years later, Belfort is looking to avenge the loss to Silva in a fight that he says is a profitable fight for everyone involved.

With the UFC ready to head back to Brazil on September 24, Belfort expressed interest in the date.

“The UFC does super fights. Like this one they did with Nate Diaz and Conor McGregor,” he said. “If they want to do it, they have what it takes. I think that, in fact, it’s a matter of negotiation, and I’d say we’re also in a good phase. We did a lot for the sport and I believe this would be a good time for both of us to profit if something like this happens.

Who would you pick in a rematch between Anderson Silva and Vitor Belfort? Share your pick with us in the comment section!