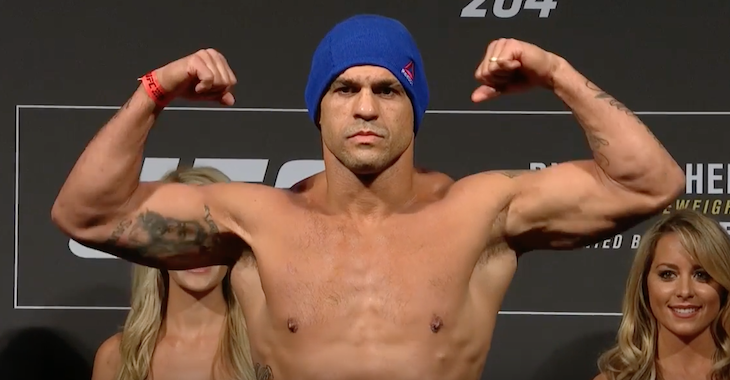 Former UFC champion Vitor “The Phenom” Belfort will apparently be announcing his retirement from mixed martial arts following his fight with Gegard Mousasi tonight at UFC 204.

Matheus Costa, founder of OlimpoMMA, tweeted the following information as per Breno Massena:

Per @BrenoMassena, Vitor Belfort is going to announce his retirement after his fight tonight at UFC 204.

Vitor Belfort is a legend in the sport of mixed martial arts. The 39-year-old has gone 25-12 during his illustrious career.

“The Phenom”, who holds the record for most first-round finishes in UFC history, is a former UFC light heavyweight champion and won the UFC 12 heavyweight tournament way back in February of 1997.

Belfort will take on Gegard Mousasi in the co-main attraction of tonight’s UFC 204 pay-per-view event in Manchester, England.