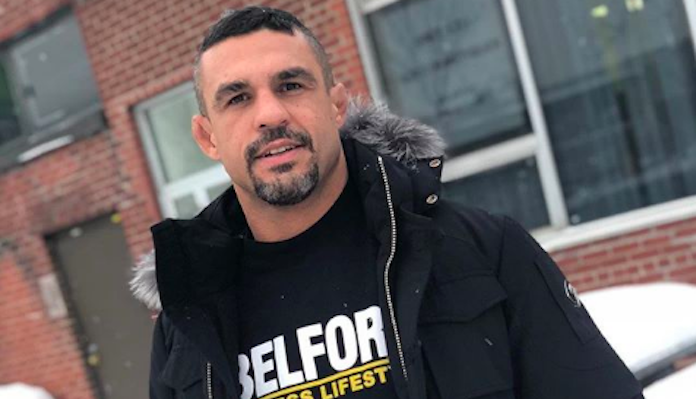 Vitor Belfort is retired no longer.

Speaking on Ariel Helwani’s MMA Show on Monday afternoon, the Brazilian MMA legend announced his intentions to end his retirement. Belfort has not yet signed with a promotion, so details on the date and opponent for his comeback are still a mystery.

Vitor Belfort to @arielhelwani:
"I could not choose a better time for me being a free agent."https://t.co/oh11yz7lR6

“I could not choose a better time for me being a free agent,” Belfort said, referencing the rise of promotions like Bellator, ONE Championship, Brave CF and Rizin, all of whom have recently been scooping up high-profile free agents.

.@vitorbelfort says that he wants to provide value & positive change for whichever promotion he signs with. #HelwaniShow @arielhelwani

Belfort added that he hopes to be a force for positive change in the promotion he winds up signing with.

Vitor Belfort retired in May, shortly after a knockout loss to recent Bellator MMA signee Lyoto Machida. That being said, the Brazilian has hinted at a comeback several times since then.

“If you could choose one of those fights to happen again, which one would you like to see?” he wrote in a recent Instagram post, before hinting at fights with Wanderlei Silva, Tito Ortiz, Chuck Liddell, Michael Bisping and Dan Henderson.

While nothing is official just yet, Vitor Belfort seems like the kind of fighter that might be of interest to both Rizin Fighting Federation and Bellator MMA, among many others.

Whatever the future holds, there’s no denying that his career thus far has been legendary.

After his loss to Machida, he held an overall record of 26-14 (1). For better or for worse, it appears that will not be the record he ends his career with.

Who do you want to see Vitor Belfort in his first fight out of retirement?