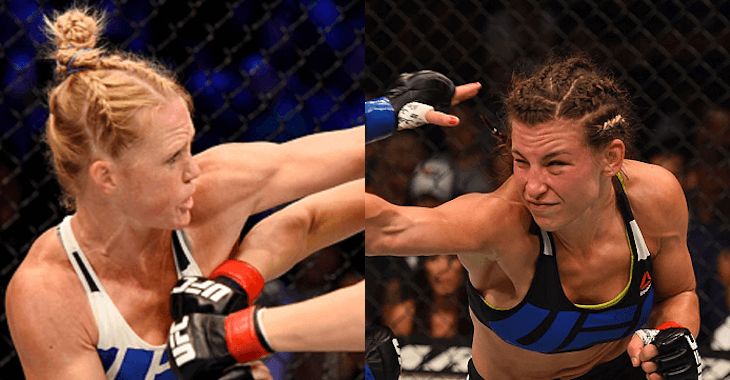 UFC women’s bantamweight champion Holly Holm will make her first title defense at UFC 196 on March 5 when she defends her strap against former Strikeforce champion Miesha Tate in the evening’s co-main event slot.

As seen in the above video, Holly Holm is confident that she can keep her undefeated mixed martial arts record intact by defeating Tate next weekend in Las Vegas.

Who do you have winning this women’s bantamweight title fight, Holm or Tate? Sound off Penn Nation!