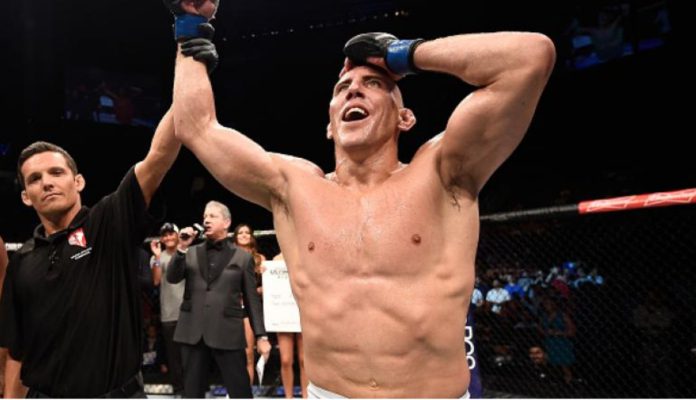 XMMA is set for its fifth show and has a plethora of former UFC fighters.

XMMA 5 is set to take place at Colonial Life Arena in Columbia, South Carolina, and streams free on YouTube on July 23. The promotion has been known to have former UFC fighters as the previous four main events were Andre Fialho vs. James Vick at XMMA 1. XMMA 2 took place in July 2021 with a Ben Saunders vs. Ramsey Nijem main event. Their third event took place in October as XMMA 3 headlined by Cody Gibson vs. John Dodson. XMMA 4 took place on April 2, headlined by John Dodson vs. Francisco Rivera.

For XMMA 5 six UFC alumni, a former WSOF champion, and two Bellator veterans are on the card and the full list of ex-UFC fighters are as follows:

Jesse Taylor (33-16) went 1-1 in the UFC and actually won TUF 25 however he was flagged for a USADA suspension and was released after winning the show.

Impa Kasanganay (9-3) has gone 0-1 since his UFC release as he suffered a split decision loss to Raimond Magomedaliev at Eagle FC 46. In the UFC, he went 2-2 with wins over Maki Pitolo and Sasha Palatnikov while his losses were both by knockout to Joaquin Buckley and Carlston Harris.

Jared Gooden (20-7) is 2-0 since leaving the UFC and was a surprise exit from the promotion despite going 1-3. In his UFC tenure, he scored a first-round TKO over Nikolas Stolze while he lost to Alan Jouban, Abubakar Nurmagomedov, and Randy Brown.

Austin Hubbard (13-6) has yet to compete since his UFC exit which happened after his loss to Vinc Pichel in August of 2021. Hubbard went 3-4 in the UFC with wins over Max Rohskopf, Dakota Bush, and Kyle Prepolec.

Collin Anglin (8-4) went 0-2 in the UFC with TKO losses to Melsik Baghdasaryan and Sean Woodson. He was released after that and then dropped a decision to Edwin Chavez in his first fight outside the promotion.

Joe Gigliotti (7-2) also went 0-2 in the UFC and has not fought since he was released by the promotion in 2016. He dropped a decision to Trevor Smith and returned four months later and suffered a submission loss to Gerald Meerschaert.

The full XMMA 5 card is as follows:

Will you be watching XMMA 5?