The UFC was back in front of a full capacity crowd on Saturday night in Houston, Texas for UFC 262. The card saw the vacant lightweight title up for grabs as Charles Oliveira took on Michael Chandler. Tony Ferguson also took on Beneil Dariush in a pivotal co-main event.

The event, despite losing some big fights, ended up delivering as Oliveira rallied after being dropped in the first to TKO Chandler in the second to become the new champ. Dariush, meanwhile, used his grappling to dominate Ferguson and win a clear-cut 30-27.

Now, after UFC 262, here’s what I think should be next for the fighters involved in the main and co-main events.

Charles Oliveira had be known as a quitter when the going gets tough and he proved that to be something of the past on Saturday night. Early on in the fight, he had success and had Chandler’s back but after the former Bellator champ got up, he landed some hard shots and dropped and hurt the Brazilian, but he ended up lasting the round.

Poirier should’ve been part of the vacant title fight anyway, but wanted the trilogy. If McGregor wins, he has a shot to become a UFC champ again and do big business for the UFC. Regardless, Oliveira will likely return at the end of the year against one of them.

Michael Chandler nearly became the UFC champ by first-round TKO. However, after his own TKO loss, it is back to the drawing board.

Chandler will still be ranked in the top-five of the division and will likely only be a win or two away from getting another title shot. A logical next fight is to face Justin Gaethje sometime in the fall in what could be a number one contender bout.

Gaethje is on the sidelines waiting for his next fight. Although he could get a title shot, the Poirier-McGregor winner has that locked down. A fight against Chandler could headline a Fight Night card or be a co-main on a pay-per-view in the fall/winter. But, it would be an all-action fight with the winner likely earning a title shot. 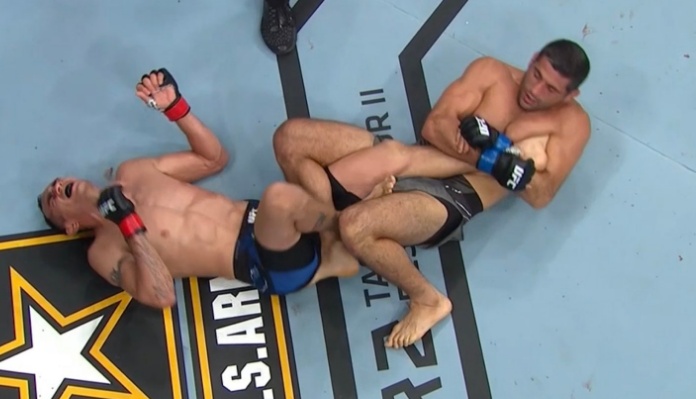 Dariush picked up the biggest win of his career as he dominated Tony Ferguson over three rounds to win a decision. With the win, Dariush will likely be in the top-five at lightweight. Yet, he told BJPENN.com before the fight with a baby on the way, he isn’t looking to fight again until the end of the year.

There is no question the lightweight division could look totally different come November-December. But, if Islam Makhahcev beats Thiago Moises in July, a fight against Dariush makes total sense. The winner would be a win away from a title shot. It’s also a scrap that could headline a Fight Night card.

Tony Ferguson is now on a three-fight losing streak and he hasn’t been competitive in any of them. There is a chance that was his last fight in the promotion, as the UFC has been cutting well-known names on losing skids. However, there still are some fights at lightweight that make sense for him.

A matchup against Dan Hooker makes sense rankings-wise, but the fight I’d like to see is Ferguson vs. Donald Cerrone 2. Their fight at UFC 238 was amazing until “Cowboy’s” eye got shut. It’s also a winnable fight for both men, which could serve as their final UFC bout.

What do you think should be next for the stars of UFC 262?