UFC women’s strawweight champion Weili Zhang has responded to a joke that Joanna Jedrzejczyk made about the coronavirus outbreak in China.

Jedrzejczyk posted an Instagram story earlier this week in which she shared a picture of herself and Zhang as the two are set to collide in March at UFC 248 for the women’s strawweight belt. But she included one extra thing in the picture, and that’s a gas mask. It’s clearly poking fun at Zhang for being Chinese, which is where the coronavirus is affecting thousands of people, and where numerous people have died from it. 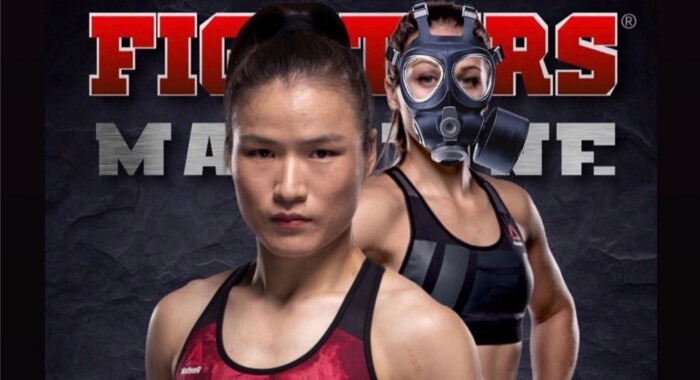 In response to what Jedrzejczyk posted, Zhang has issued a response on her own social media. Check out what Zhang wrote on her Instagram below.

“To make fun of tragedy is a true sign of ones character. People are dying, someones father, someones mother, someones child. Say what you want about me if it makes you feel stronger but do not joke about what’s happening here. I wish you good health until March 7th. I will see you soon.”

It was a classy response by Zhang to a tasteless joke by Jedrzejczyk. As Zhang noted, people are literally dying from this disease, so for Jedrzejczyk to joke about it was in very bad taste. Much like people who are making fun of former NBA superstar Kobe Bryant dying in the last few days, some things are just better left not being joked about.

Zhang will now have the opportunity to get revenge against Jedrzejczyk when the two meet in March at UFC 248. She has a country of over 1 billion people behind her, and now even more so after this joke her opponent made.