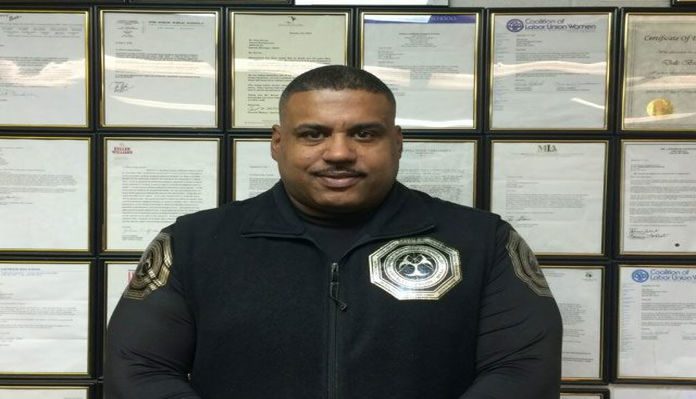 Self-defense “expert” Dale Brown has gone viral on social media over the past year for his unique techniques. He’s now taking his talents to the Octagon but as a cornerman for Joaquin Buckley.

The St. Louis native is set to square off with Abdul Razak Alhassan on the main card at UFC Vegas 48 this weekend. Buckley seemingly needed another cornerman for his bout and decided the star of D.U.S.T. was the right man for the job.

TMZ Sports confirmed the news, and that Brown has already gotten his license from the Nevada State Athletic Commission last week for the bout. The two became friends following Buckley going to a training session, where he met the social media star.

“He thought of me as soon as they needed another cornerman. Super excited and honored to be chosen by a respected talented pro-MMA fighter that was so impressed by my urban survival tactical training system after he tested it that he wanted me on his team as the first ‘survival tactics cornerman.'” – said Dale Brown to TMZ Sports on Thursday.
Brown continued, “There are going to be surprise tactics never seen before used in the MMA UFC Octagon. This collaboration is going to be totally unexpected and these new Detroit survival tactics will be just as unexpected.”The Joaquin Buckley vs. Abdul Razak Alhassan matchup is expected to be one of the exciting bouts on UFC Vegas 48. Both men are renowned for their knockout power, and ‘New Mansa’ has arguably the greatest KO in UFC history.The fight has close odds on paper, thanks to both men’s abilities. However, with Dale Brown in his corner, it’s going to be tough for Joaquin Buckley to be beaten.
advertisement - continue reading below
advertisement - continue reading below

What do you think about Dale Brown being in the corner of Joaquin Buckley on Saturday?