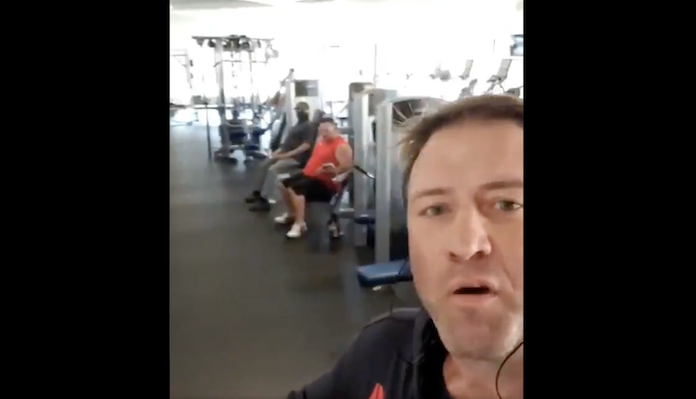 UFC Hall of Famer Stephan Bonnar was booted from his gym for refusing to wear a mask as he cited a medical exemption to not wear one.

Bonnar — one-half of one of the greatest MMA fights of all time with rival Forrest Griffin —  posted a video of himself at his gym on Sunday, which was his 44th birthday. In the video, Bonnar claimed that fellow gym-goers ratted on him for not wearing a mask and the gym told him to leave. Bonnar, meanwhile, is claiming that he has a medical exemption for not wearing a mask due to asthma.

“I’ve been coming to this gym 14 years, getting kicked out on my birthday because one of these sheep was complaining that my mask was dropping. Well guess what sheep, I got a medical exemption; I have asthma. I’m doing you a favor by even playing pretend. Masks don’t do anything. Wake up you sheep! Tattletales! Cowards!” Bonnar said (h/t Tim Bissell of Bloody Elbow).

-Easter is a good reminder how Christ, despite being a cool dude, was pretty maligned.-
-When I was 10, I was thrown out of the playhouse at Celebration station for my own bday party for being too tall.-
Here I am 34 years later getting thrown out of the gym for exercising my right to breathe clean air.
That’s consistency!
#happyeaster
#marchtothebeatofyourowndrum

Stephan Bonnar last competed for Bellator in November 2014 when he lost a split decision to former UFC light heavyweight champion Tito Ortiz. The last time he competed in the Octagon was at UFC 153 in October 2012 when he lost via TKO to Anderson Silva. He was inducted into the UFC Hall of Fame in 2016 after going 8-8 overall fighting in the Octagon.