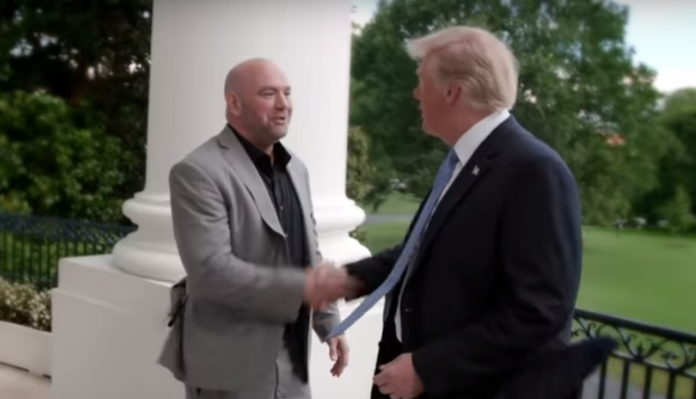 US president Donald Trump has added Dana White and Vince McMahon to his team of advisors helping to restart the American economy.

White, the UFC president, and McMahon, the WWE chairman and CEO, are part of a large group of pro sports league heads that will team up on the advisory board for president Trump as he looks to help America rise from the ashes after the coronavirus pandemic has destroyed the world economy.

Andy Slater was first to reveal this news about the UFC’s White and others, and White confirmed with ESPN’s Brett Okamoto it was true.

Dana White confirmed this is true to me when we spoke earlier today. https://t.co/icBMfVweRH

Dana White confirmed this is true to me when we spoke earlier today.

It’s no secret that White and Trump are good friends going on close to two decades now. Fans may find this news surprising at first glance but considering their friendship it’s not totally surprising. White, like the other men on the list, have proven they are capable of running billion-dollar sports leagues operations. So while it may be strange to hear that White is part of the team advising the President, it’s not a total shocker.

White has been adamant for weeks now that the UFC’s show will go on despite the coronavirus pandemic ravaging the world. Meanwhile, McMahon and the WWE have continued to run events in Florida, where the WWE has been deemed an essential industry. If all goes well both the UFC and WWE will be back to normal soon just like the rest of the American economy.

Do you think Dana White is correctly part of Donald Trump’s team of advisors?