Tonight’s light heavyweight main event proved to be a twenty-five-minute battle. Sean Strickland got off to a strong start in the fight, but Nassourdine Imavov was able to battle back in round two. However, the final fifteen minutes of the scrap saw Strickland get off the better volume, this while mixing in some timely takedowns. After five rounds of action, ‘Tarzan’ was given the unanimous decision win from the judges’ in attendance.

The co-main event of UFC Vegas 67 featured a featherweight contest between Dan Ige and Damon Jackson. The bout resulted in a violent knockout victory for Dan Ige. The Hawaiian connects with a huge left hook in the final minute of round two which sent ‘Action’ crashing down to the canvas. 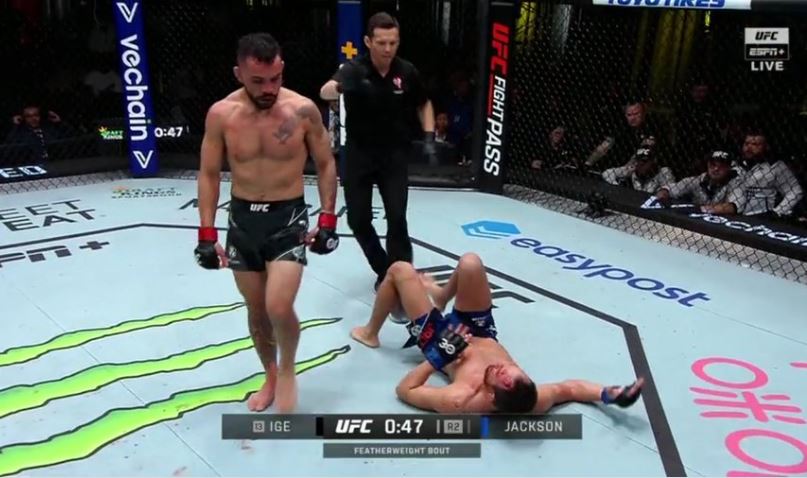 Performance of the night: Umar Nurmagomedov pocketed an extra $50k for his sensational first-round knockout victory over Raoni Barcelos (see that here).

Performance of the night: Allan Nascimento earned an extra $50k for his first-round submission victory over Carlos Hernandez.

Performance of the night: Roman Kopylov pocketed an extra $50k for his second-round TKO victory over Punahele Soriano.

Are you surprised by any of the performance bonuses handed out by Dana White and company following the conclusion of tonight’s UFC Vegas 66 event?