Aldo (30-7 MMA), the promotions former featherweight kingpin, will enter the contest on a two-fight winning streak. The MMA legend has scored impressive unanimous decision victories over Pedro Munhoz and Marlon Vera in his most recent efforts.

In the co-main event of the evening, lightweight standouts Brad Riddell and Rafael Fiziev will throw down in hopes of moving into title contention.

Riddell (10-1 MMA) has gone a perfect 4-0 since joining the UFC ranks in 2019. In his most recent effort at UFC 263, the New Zealander scored a unanimous decision victory over Drew Dober. 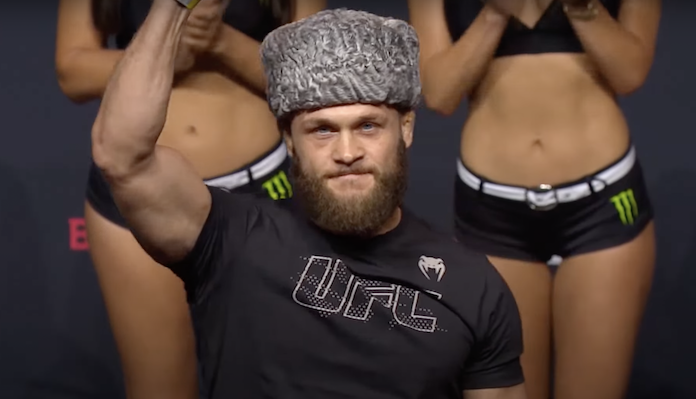 Also featured on the main card of tonight’s lineup is a highly anticipated light heavyweight bout between Jimmy Crute and Jamahal Hill.

Get all of the live results and highlights below (refresh for updates):

Rafael Fiziev vs. Brad Riddell – Fiziev def. Riddell via TKO (wheel kick) at 2:20 of Round 3

🇺🇸 @JamahalH gets the finish in under a MINUTE! #UFCVegas44 pic.twitter.com/MMth2WnQNi

Clay Guida vs. Leonardo Santos – Guida def. Santos via submission (rear-naked choke) at 1:21 of Round 2

Brendan Allen vs. Chris Curtis – Curtis def. Allen via TKO (knees and punches) at 1:58 of Round 2

Maki Pitolo vs. Dusko Todorovic – Todorovic def. Pitolo via TKO (ground and pound) at 4:34 of Round 1

Manuel Kape vs. Zhalgas Zhumagulov – Kape def. Zhumagulov via TKO (punches) at 4:02 of Round 1

Vince Morales vs. Louis Smolka – Morales def. Smolka via TKO at 2:02 of Round 1

That's how you start the show! 😳@Vandetta135 gets the finish in RD 1️⃣! #UFCVegas44 pic.twitter.com/6asiBa5Qte

Who are you picking to win tonight’s UFC Vegas 44 main event between Jose Aldo and Robt Font? Share your predictions in the comment section PENN Nation!